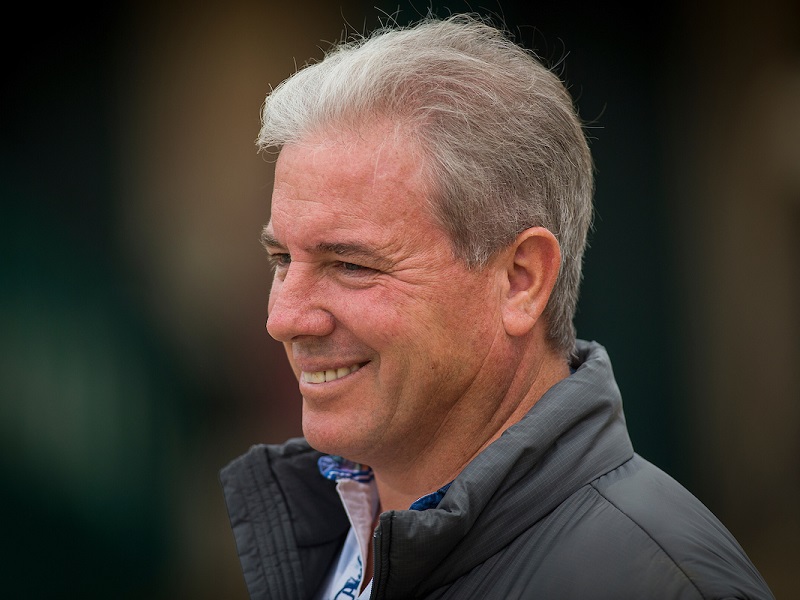 The Tremont is part of the second day of the Belmont Stakes Racing Festival, which begins June 6 and concludes with the 151st running of the Grade 1, $1.5 million Belmont Stakes presented by NYRA Bets on Saturday.

A son of 2015 Triple Crown-winner American Pharoah and out of multiple stakes winning dam Richies Party Girl, Maven won his debut on April 19 by a half-length at Aqueduct Racetrack. Sent off as the 2-5 post-time favorite, Maven earned a field-high 84 Beyer Speed Figure.

"He's continuing to do great," said Ward. "He really flattered himself in his debut and we think he's continued to move forward from that race. He seems to have mostly taken after his dam, so he looks like he's going to be a sprinter."

Dixie Mo, a daughter of multiple graded stakes winner and champion Uncle Mo, made her debut on May 10 at Indiana Grand Race Course, drawing off for a four-length win.

Ward said he looks for the filly to improve off that start.

"She's doing really good," said Ward. "I thought her race at Indiana Grand was really a major turning point for her. She didn't come back with a major speed figure in that race, but since then her works have been very impressive. We think her debut really put the light bulb on and she's ready to take next step up to stakes competition."

With Dylan Davis aboard, Maven will leave from post 2; Dixie Mo will depart from post 6 with Irad Ortiz, Jr. in the irons.

Purchased for $15,000 at the Fasig-Tipton Kentucky Yearling Sale, the son of Two Step Salsa won his debut by three-quarters of a length on April 19 at Laurel Park and followed with a 1 ½-length win in the Kentucky Juvenile at 27-1 odds on May 1 at Churchill Downs.

"He's coming along very good," said Dwyer. "He's shown improvement with each start and has continued to move forward in the mornings. I was a little surprised he was so high of a price at Churchill, maybe the bettors didn't have much faith in us against some bigger named trainers, but he proved himself. When I purchased him as a yearling, he looked to act mature, so we had no qualms about shipping him and he's proven himself on the road so far."

Drawing post 8, Rookie Salsa will be ridden by Angel Suarez.

Trainer Doug O'Neill entered recent maiden winner Fore Left for owner Reddam Racing. The son of Twirling Candy, purchased for $97,000 as a yearling at the Keeneland September Sale, won his debut on May 19 at Santa Anita Park by neck, netting a 67 Beyer Speed Figure.

Fore Left will leave from post 4 with Mario Gutierrez in the irons.