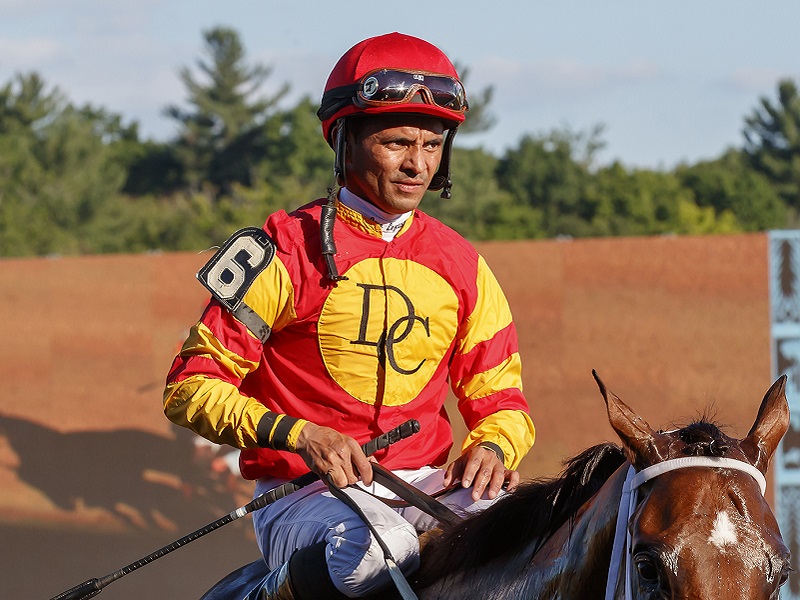 Joevia rebounded from a Grade 2 Wood Memorial presented by NYRA Bets effort, in which he was disqualified and placed 11th, with a strong showing in winning the Long Branch at 1 1/16 miles on May 12 at Monmouth Park, earning a personal-best 89 Beyer Speed Figure.

Sacco said jockey Jose Lezcano will pick up the mount in the 1 1/2-mile "Test of the Champion," which will mark Sacco's first-ever trainee in an American Classic.

Sacco added that Red Oak Stable and Madaket Stables' Mind Control came out of his Saturday breeze [1:00.61] in good order and remains on target for the, $400,000 Woody Stephens presented by Mohegan Sun, one of eight Grade 1 races set for Belmont Stakes Day.

"They both came out of their works great and went back to the track today and both did well. It's been good." Sacco said.

Joevia's only off-the-board finish in five career starts came in the Wood Memorial, when he caused interference breaking from outermost post 11 on April 6 at Aqueduct Racetrack.

Joevia, who won his debut in July at Monmouth before running second in back-to-back stakes in the Jimmy Winkfield in February at Aqueduct and the Private Terms on March 16 at Laurel Park, will be making his first start at Belmont and running at longer than 1 1/8 miles. Joevia breezed Saturday at Monmouth Park, where he is stabled, going five furlongs in a minute flat, handily.

Lezcano will be making his fifth career start in the Belmont and first since 2012, when he finished a career-best fourth with Street Life. His previous runners include Monzon (ninth, 2011), Ice Box (eighth, 2010) and Miners Escape (10th, 2009). Lezcano's best-ever finish in a Classic came with Ice Box, who ran second to Super Saver in the Kentucky Derby.

Mind Control will be running at the Woody Stephens distance of seven furlongs for the second straight race and will look to build on his 1 ¼-length win in the Grade 3 Bay Shore on April 6 at the Big A in which he garnered a personal-best 97 Beyer.

Both horses are expected to arrive at Belmont on Wednesday after traveling from Monmouth at around 8 a.m., Sacco said.