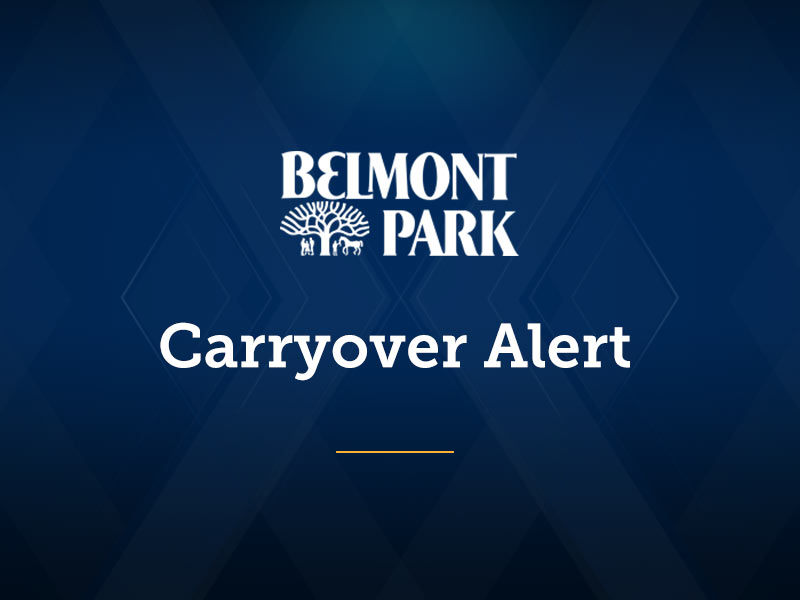 ELMONT, N.Y. - Aided by longshot victories in the opening and closing legs, the Pick 6 went unsolved for a third straight day, resulting in a triple carryover of more than a half-million dollars into Wednesday's card at Belmont Park.

The following leg saw an even bigger price cross the wire first, as Listentoyourheart [$34.00] made her career debut a winning one for trainer Christophe Clement.

The only favorite in the Pick 6 sequence to win came via Endorsed's victory in Race 7, as he paid $4.80 to win in emerging from an eight-month layoff in style.

Rinaldi became a maiden no more in the $150,000 NYSSS Spectacular Bid in Race 8, returning $23.20 for the stakes victory for trainer H. James Bond.

Securing the triple carryover was 28-1 longshot Cat Lady Steph, who won her career debut over the inner turf and rewarded bettors by returning $58.00 and securing a carryover of $500,310.78.

Live racing resumes on Wednesday with a 1:30 p.m. Eastern first post for the eight-race card. The Pick 6 will commence with Race 3 with an approximate post time of 2:38 p.m.