Summit of Speed Brings Michael Stidham Back to South Florida 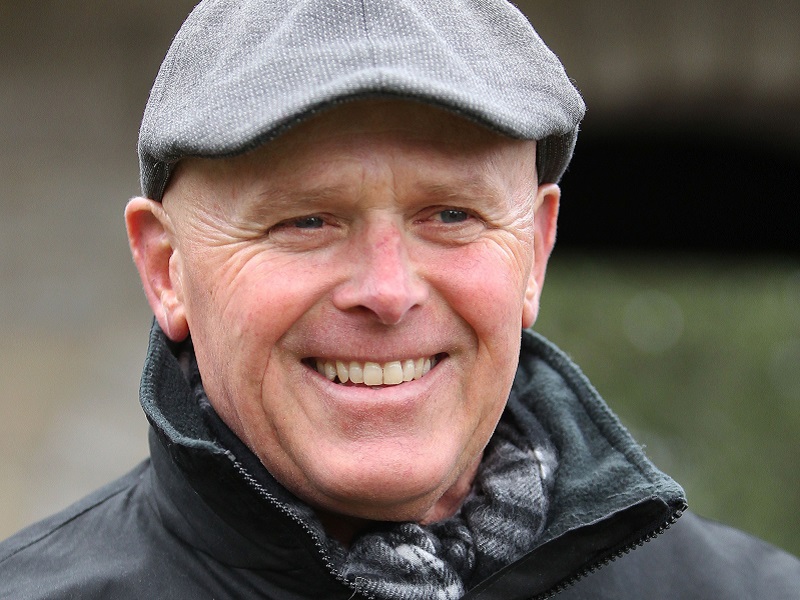 HALLANDALE BEACH, FL – Nearly four decades and 2000 winners later, trainer Michael Stidham will return to his South Florida roots for Saturday’s Summit of Speed at Gulfstream Park, where he is scheduled to saddle Saguaro Row for the $250,000 Princess Rooney (G2) and Proforma for the $250,000 Smile Sprint (G3).

Born in New Jersey in 1957, Stidham spent his childhood in South Florida, where his late father, George, worked in Thoroughbred racing in several capacities, including stints as a jockey and a trainer, but more notably, as the business manager and part-time agent for longtime friend and Hall of Fame jockey Bill Hartack.

“I played football for the Miami Springs Optimist [Club]. My brother [Steve] and I both played football from about 10 years old into our teenage years,” said Stidham, whose brother went on to become the track photographer at Hialeah.

Stidham gravitated to the racetrack and left college after two years to work as a hotwalker and groom for his father, eventually working his way to becoming assistant trainer.

“Back in the 70s, racing at Hialeah and Gulfstream in the winter was as good as you could find, so I was lucky to grow up in that era,” Stidham said. “It was a great time for racing to be coming up as a kid.”

Stidham saddled his first horse in 1979 before venturing to Southern California soon after.

“After I left Florida, I went to California. That’s when I started my training career in the 80s. I got to spend the whole 10 years in the 80s in Southern California. The best racing at the time was going on there. You had [Charlie] Whittingham, [Bill] Shoemaker, Laz Barrera, all the top trainers and jockeys – Eddie Delahoussaye, Chris McCarron. It was endless – all the good horses, trainers and jockeys. I was very lucky to be in the right places at the right time.”

Stidham, who spent time as private trainer for Meadowbrook Farm in South Florida in the early 80s before returning to Southern California, credits his exposure to Thoroughbred racing legends for his success as a trainer.

“I obviously learned a lot from my dad and Hartack about racing. As far as being a trainer, I got to start out in Miami in the 70s and in Southern California, when I actually started training – that’s where I learned the most, from watching the top guys, Charlie Whittingham, Barrera, [Richard] Mandella, all those guys,” Stidham said. “If you couldn’t learn from following their example, then you couldn’t learn much of anything.”

Stidham relocated to the Midwest in the early 90s and saddled his first Grade 1 winner, Two Altazano, for a victory in the Coaching Club American Oaks at Belmont Park in 1994. He is currently stabled in the Mid-Atlantic and Midwest.

“In the summer, we have a full barn at Fair Hill and I have 50 at Monmouth and then another 25 at Arlington. We’re spread out, but we’re at three good facilities for training,” he said. “We race at about seven different racetracks all summer and I spend the winter at Fair Grounds and Tampa.”

Stidham has named Jimenez to ride both Saguaro Row in the Princess Rooney, a seven-furlong Breeders’ Cup ‘Win & You’re In’ sprint for fillies and mares, and Proforma in the Smile Sprint, a six-furlong dash for 3-year-olds and up.