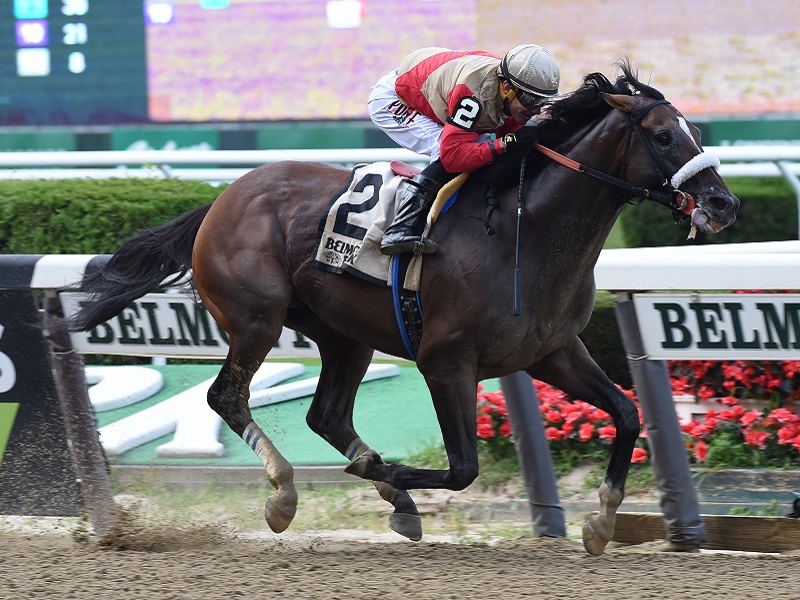 ELMONT, N.Y. - Centennial Farms' Preservationist was forwardly placed and took control at the top of the stretch to win his stakes debut over dual Grade 1 winner Catholic Boy in the Grade 2, $700,000 Suburban going 1 1/4 miles over a fast Belmont Park main track.

Preservationist, with Junior Alvarado up, took command to lead by a length to 3-5 favorite Catholic Boy, who appeared rank in the early stages, and recorded an opening quarter-mile in 24.48 seconds. Just past the quarter pole, Catholic Boy made an early bid and moved to the outside of Preservationist to dictate the pace through a half-mile in 48.09.

Around the far turn, Alvarado began urging Preservationist, who responded by moving to the inside to overtake Catholic Boy past the three-quarters pole and eventually regained the lead. A four-wide Catholic Boy tried to come back but Preservationist widened his margin in the final furlong to win by 4 1/2 lengths in 1:59.99. Catholic Boy stayed on for second from Grade 1 winner Pavel, who got third.

The win was a second stakes victory of the meet for Alvarado, who guided New York-bred Mr. Buff to victory in Sunday's Saginaw. It also was Alvarado's third Suburban victory after guiding Flat Out (2013) and Effinex (2015) in previous years.

"My horse broke good, and I let him find his rhythm. He took the lead during the first part of the race and then Catholic Boy came on the outside - a little keen," Alvarado said. "I wasn't worried. I was trying to give a nice, confident ride to my horse. At the five-sixteenths pole, when it was time to pick it up, I asked him, and he was there for me. He gave me a nice run in the end."

Trained by Jimmy Jerkens, Preservationist entered the Suburban off a convincing victory over a sloppy main track at Belmont, where he earned a 101 Beyer Speed Figure.

"He was there all the way for him. Junior [Alvarado] said he felt good coming down the backside," Jerkens said. "He was so nice and relaxed coming off of a big race, so I thought he'd be fit enough. He's got a lot of talent but he's got stamina too. He has a lot of quality all through his female family. Nice to see it all come together to pick up a graded stakes win here today."

"He felt good. It was a good break. He didn't relax in the first part of the race, and I think that's what cost me the race," Castellano said.

Bred in Kentucky by Emory Hamilton, Preservationist is by Arch out of the Dixieland Band broodmare Flying Dixie, who is a half-sister to four-time graded stakes winner Hungry Island.