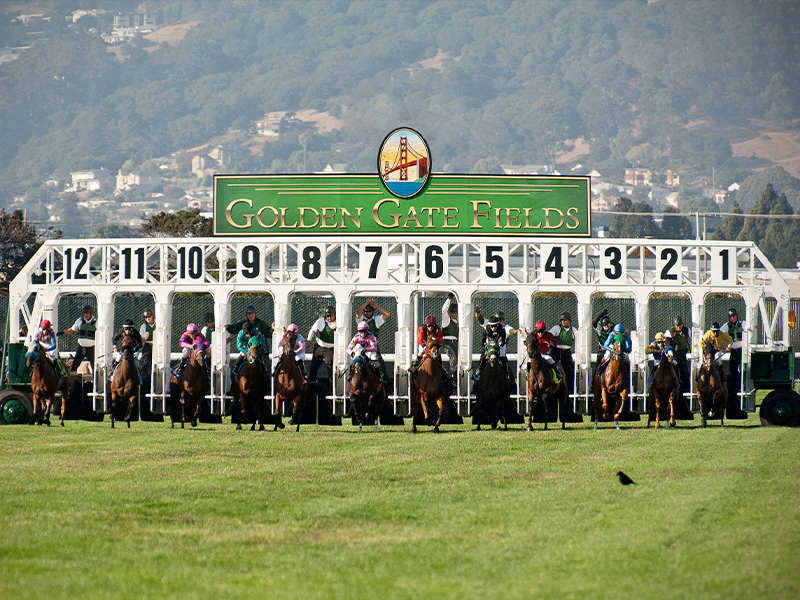 BERKELEY, Calif. (Aug. 13, 2019) — Live racing will return to Golden Gate Fields on Thursday, as the iconic track will open its 28-day Summer Meeting with a seven-race program that will get underway at 1:45 p.m.

The Golden Gate Fields Summer Meeting will run on a Thursday through Sunday basis, through Sept. 29, with first post time each day at 1:45 p.m.  Live racing will also be offered on Labor Day, Monday, Sept. 2, with the $50,000 Rolling Green Stakes, for 3-year-olds and up at a mile and one sixteenth on turf, highlighting the holiday festivities.

“Over the past couple of years, Golden Gate Fields has generated an increase in handle and popularity amongst horseplayers and fans nationwide,” said Golden Gate General Manager and Vice President, David Duggan.  “Our team is very proud of the improvements we have seen and we look towards continuing those improvements at our upcoming Summer Meet.

“Our horse population is good and our horsemen are always working extremely hard, which is a big reason why our field sizes have increased and why our racing product has been steadily on the rise.”

Jonathan Wong, who has won the past four training titles at Golden Gate Fields, has another strong contingent of horses that are ready to run and he’s the solid “morning line favorite” to notch yet another training title.  A long list of trainers are expected to have plenty of starters at the Summer Meeting, including Golden Gate regulars Bill Delia, John Martin, Tim McCanna, Ed Moger, Jr., Victor Trujillo and Blaine Wright.

Rising star Abel Cedillo, the leading Golden Gate rider at the 2019 Winter/Spring Meeting by a whopping 30 wins, has moved his full-time tack to Southern California, so an all-out scramble for leading rider honors is expected.

A new face who will command plenty of “live” mounts is newly turned journeyman Heriberto Figueroa, who had a successful apprenticeship in Southern California and will now call Golden Gate Fields his full-time home.  At age 20, Figueroa should be in thick of it for leading rider honors and would appear to have a limitless future.