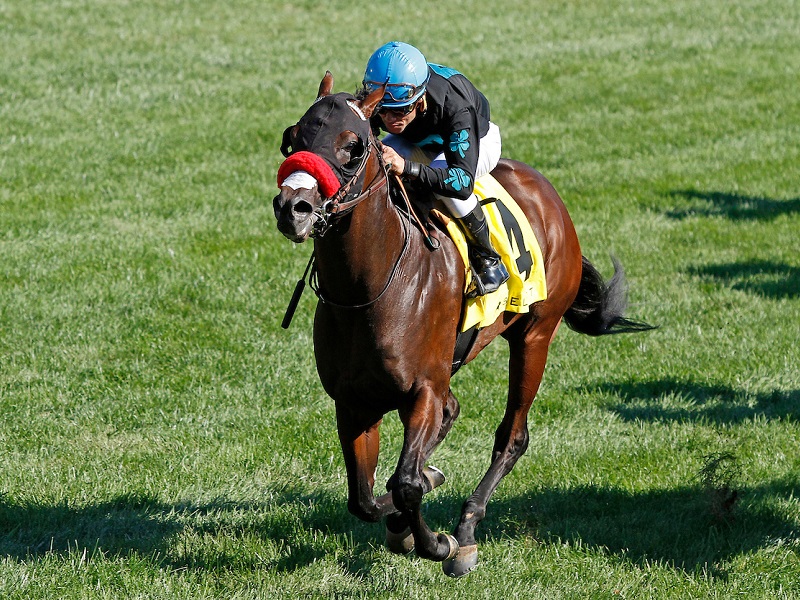 In the 23rd running of the $200,000 Woodford (G2) Presented by Keeneland Select, Joel Rosario had Stubbins at the rear of the field as Satellite Storm led the field of nine through fractions of :21.18 and :44.21 over the firm turf course.

On the far turn, Stubbins eased off the rail, waited behind horses and swung five wide at the top of the lane for clear sailing. In midstretch, Leinster had emerged with a daylight advantage only to be nailed in the final sixteenth as Stubbins moved on to a three-quarters of a length victory.

It was another two lengths back to Smart Remark, who was followed in order by Extravagant Kid, Fareeq, Win Lion Win, Satellite Storm and Royal Commish.

On the difference today and his last race on Sept. 12 at Kentucky Downs when he was second to Legends of War in the Nevada State Bank Franklin-Simpson (G3)

“Today, it looked like there was good speed in front. There was good speed at Kentucky Downs, too, but it was a bit different – the horse that won (Legends of War) had a tremendous race. (My horse) came running and was a good second. Today, he came running and put in a good run there at the end. I tried to stay in (on the rail in the turn). I was saving ground and then when I had some room was able to turn him loose.”

“It worked out perfect. The speed went on. We were able to relax right off. When I asked him, he finished up strong. The other horse ran us down. My horse was in full flight and that horse (Stubbins) was finishing all the way to wire – he had a lot left.”

On whether Imprimis will continue to the Breeders’ Cup World Championships

“If he’s OK, then I think we should plan for it. He was running at the end.”