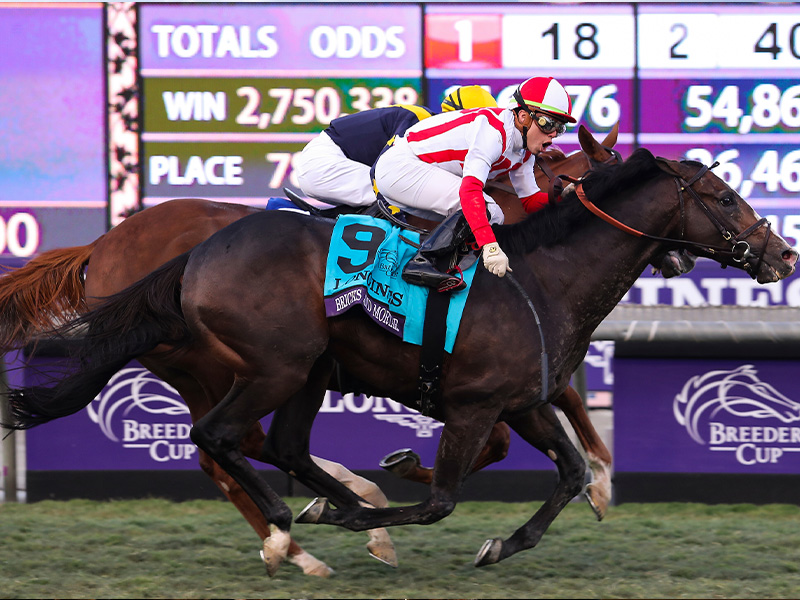 ARCADIA, Calif. (Jan. 8, 2020) — A winner of the Grade I Breeders’ Cup Turf at Santa Anita Nov. 2 and unbeaten in six starts last year, Bricks and Mortar has been named the winner of the 10th annual Vox Populi Award, which will be presented in a Winner’s Circle ceremony on Saturday at Santa Anita Park.

Created by the late owner of 1973 Triple Crown Champion Secretariat, Penny Chenery, the inaugural Vox Populi (Voice of the People) Award was won by the legendary Zenyatta in 2010.

Bricks and Mortar, a 6-year-old horse by Giants Causeway, who campaigned for owners Klaravich Stables, LLC and William H. Lawrence, was conditioned by Chad Brown was retired to stud following his magnificent 2019 season with earnings of $7,085,650.

There will be a special poster giveaway celebrating all 10 winners of the Vox Populi Award and past winning connections will be on hand beginning at 11 a.m. to sign these posters in Santa Anita’s Paddock Gardens area.

Chris Tweedy, son of Penny Chenery, will also be on hand to represent his family.