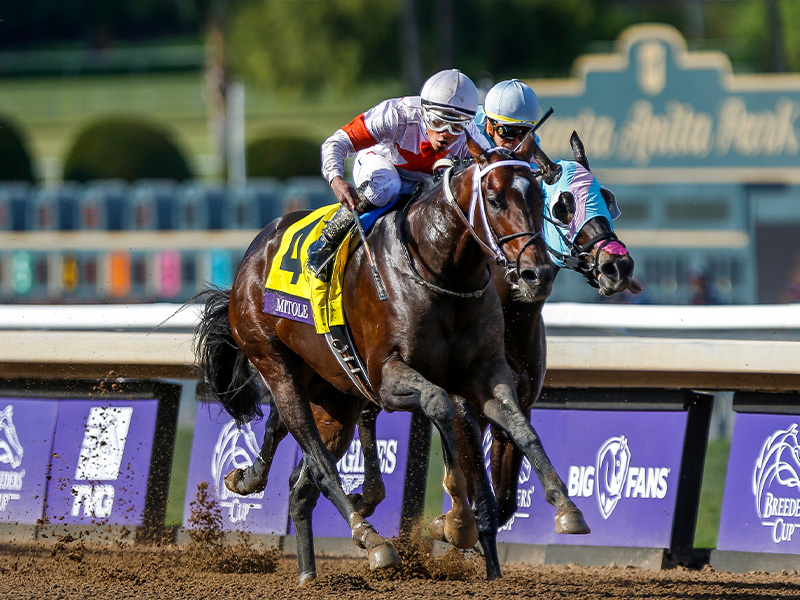 ARCADIA, Calif. (Nov. 2, 2019) – Bill and Corinne Heiligbrodt’s Mitole ($5.60) roared past favored Shancelot at the sixteenth pole and went on to a 1 1/4-length victory in the 36th running of the $2 million Breeders’ Cup Sprint for 3-year-olds and up at Santa Anita on Saturday afternoon.

Trained by Steve Asmussen and ridden by Ricardo Santana Jr., Mitole covered the 6 furlongs on a fast main track in 1:09. For Santana, it is his first Breeders’ Cup victory and the seventh for Asmussen, first in the Sprint.

Shancelot grabbed the lead shortly after the start and quickly opened a daylight advantage as Santana kept Mitole in the clear in fourth place in the field of eight.

At the head of the stretch, Shancelot was still in control as Matera Sky and Firenze Fire began to fall back with Mitole coming four wide. Mitole drew even at the sixteenth pole and then pulled away.