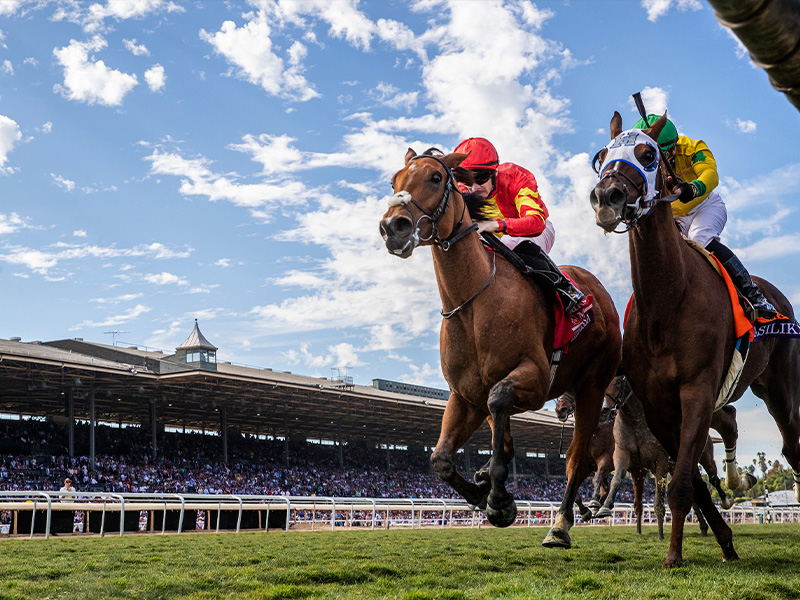 Trained by Joseph O’Brien and ridden by Wayne Lordan, Iridessa covered the mile and a quarter on a firm turf course in 1:57.77. It is the first Breeders’ Cup victory for O’Brien and Lordan.

Longshot Mirth raced off to an uncontested lead with Vasilika tracking in second and Iridessa just behind her. On the turn, Iridessa and Vasilika moved as a team and at the sixteenth pole stormed past Mirth with Iridessa moving fastest only to have Vasilika fight back along the rail and just miss at the wire.

Defending champion and heavily favored Sistercharlie finished another 2 ¼ lengths back in third.