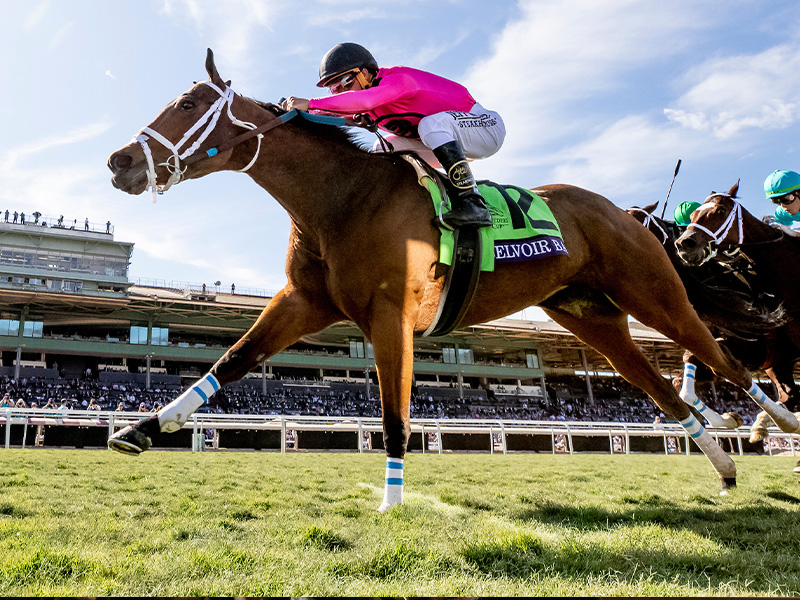 Trained by Peter Miller and ridden by Javier Castellano, Belvoir Bay covered the 5 furlongs on a firm turf course in :54.83, a course record.

Miller, who also saddled Om to complete the exacta, won the race for the third consecutive year as Stormy Liberal had prevailed at Del Mar in 2017 and Churchill Downs in 2018. It is Miller’s fifth Breeders’ Cup victory and the 12th for Castellano and first in the Turf Sprint. Stormy Liberal finished eighth in this year’s renewal.