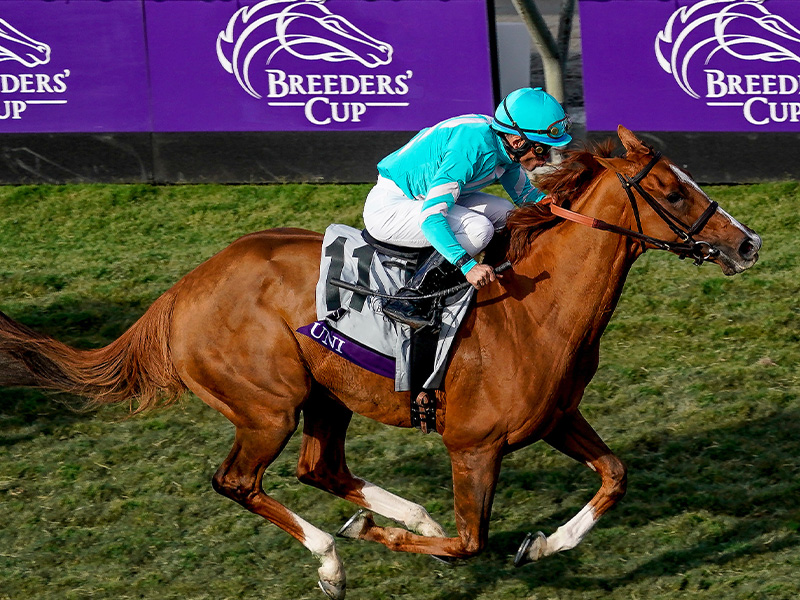 ARCADIA, Calif. (Nov. 2, 2019) – Head of Plains Partners, Michael Dubb, Robert LaPenta and Bethlehem Stables’ Uni ($9.20) roared past Got Stormy, the only other distaffer in the race, to score a 1 1/2-length victory in the 36th running of the $2 million TVG Breeders’ Cup Mile for 3-year-olds and up at Santa Anita on Saturday afternoon.

Trained by Chad Brown and ridden by Joel Rosario, Uni covered the mile on a firm turf course in 1:32.45. For Rosario it is his second victory in the Championships this weekend and second in the Mile having won previously on Tourist in 2016. It is Brown’s 14th Breeders’ Cup victory and second of the weekend.

Hey Gamon and El Tormenta led the field of 14 through the early going with Got Stormy in mid-pack and Uni a bit further back. Coming off the final turn, Got Stormy launched a four-wide move to the front only to be quickly joined by Uni who was moving five-wide.

The two ran as a team to inside the sixteenth pole where Uni pulled away.