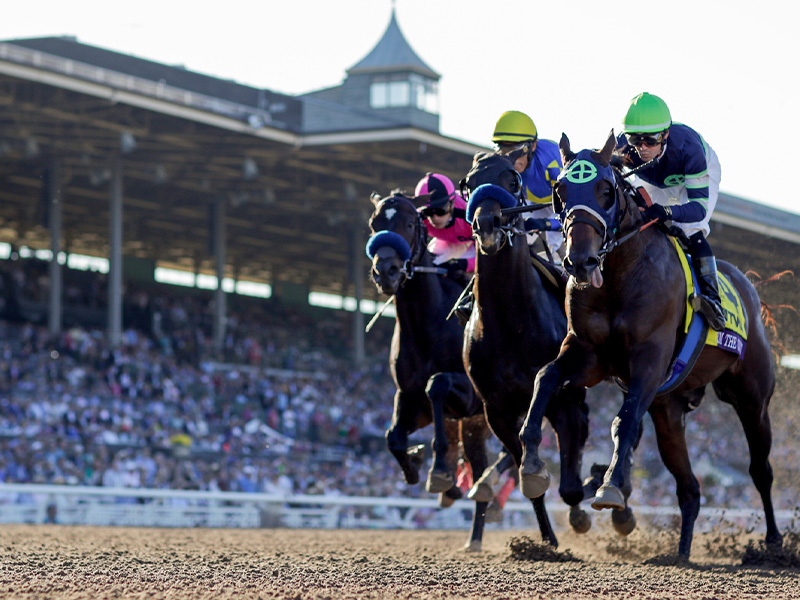 ARCADIA, Calif. (Nov. 1, 2019) – Exline-Border Racing, David Bernsen, Susanna Wilson and Dan Hudock’s Storm the Court ($93.80) fought off a stretch-long bid from Anneau d’Or to post a neck victory in the 36th running of the $2 million TVG Breeders’ Cup Juvenile to highlight Future Stars Friday on the opening day of the 36th Breeders’ Cup World Championships at Santa Anita before a crowd of 41,243.

Trained by Peter Eurton and ridden by Flavien Prat, Storm the Court covered the 1 1/16 miles on a fast main track in 1:44.93.

The complexion of the race changed at the break as odds-on favorite Dennis’ Moment stumbled leaving the gate and trailed the field of eight as Storm the Court took the lead with Eight Rings and Anneau d’Or in closest pursuit.

It was 3 ¼ lengths back to Wrecking Crew who finished another 4 ½ lengths in front of Scabbard. Full Flat, Eight Rings, Shoplifted and Dennis’ Moment completed the field in order.

Storm the Court is a Kentucky-bred son of Court Vision out of the Tejano Run mare My Tejana Storm.