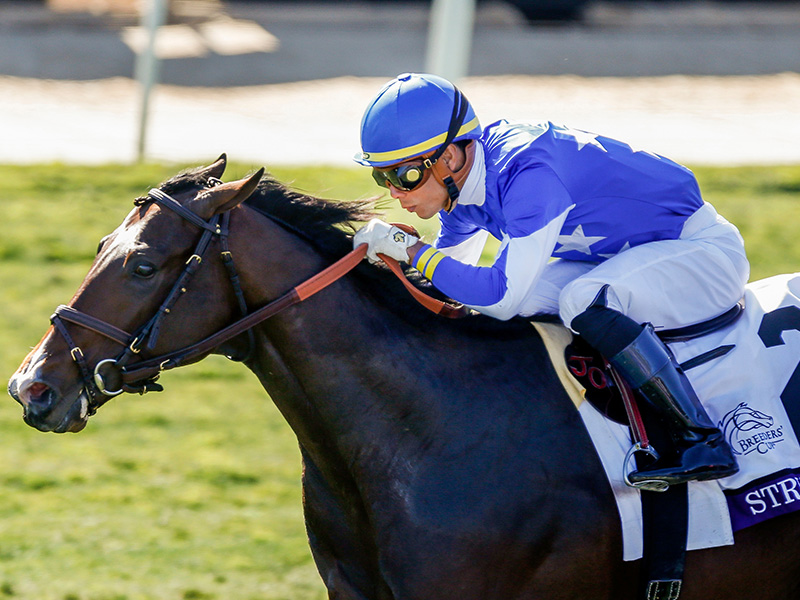 Trained by Chad Brown and ridden by Jose Ortiz, Structor covered the mile on a firm turf course in 1:35.11.

Ortiz gave Structor a ground-saving trip in the run down the backstretch as Graceful Kitten set the pace with Billy Batts in closest pursuit. At the head of the stretch, Ortiz swung Structor off the rail and rallied four-wide to surge past Billy Batts for the victory.

Structor is a Kentucky-bred son of Palace Malice out of the More Than Ready mare Miss Always Ready.