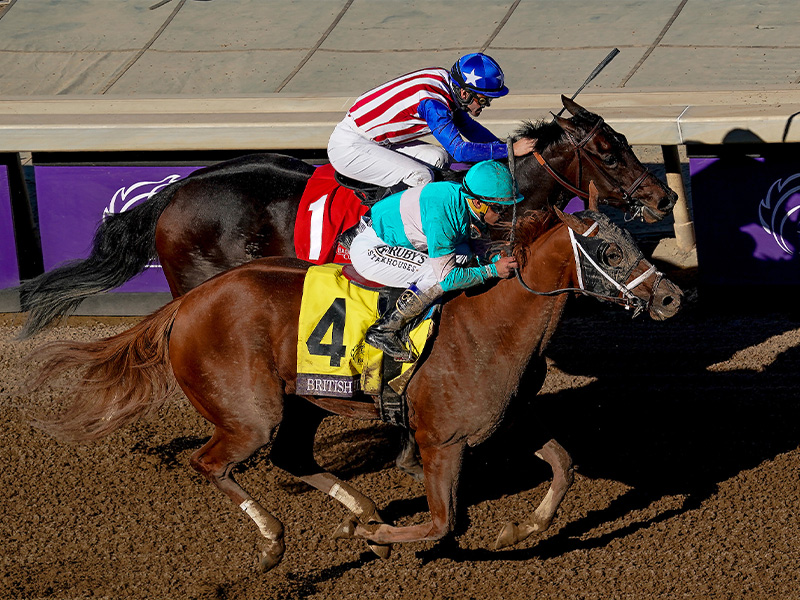 Trained by Brad Cox and ridden by Javier Castellano, British Idiom covered the 1 1/16 miles on a fast main track in 1:47.07. It is the second Breeders’ Cup victory for Cox, first in this race, and 11th for Castellano who also won the Juvenile Fillies in 2013 with Ria Antonia.

British Idiom raced in fifth in the early going as Two Sixty, Bast and Wicked Whisper dueled for early supremacy. On the far turn, Donna Veloce moved four-wide and blew past the leaders at the head of the stretch with British Idiom right behind her.

The two favorites hooked up at mid-stretch with British Idiom pushing ahead at the sixteenth pole and then repulsing another bid from Donna Veloce before pulling clear.

The victory was worth $1,100,000 and increased British Idiom’s earnings to $1,381,250 with a spotless three-for-three record. British Idiom is a Kentucky-bred daughter of Flashback out of the Mr. Sekiguchi mare Rose and Shine.