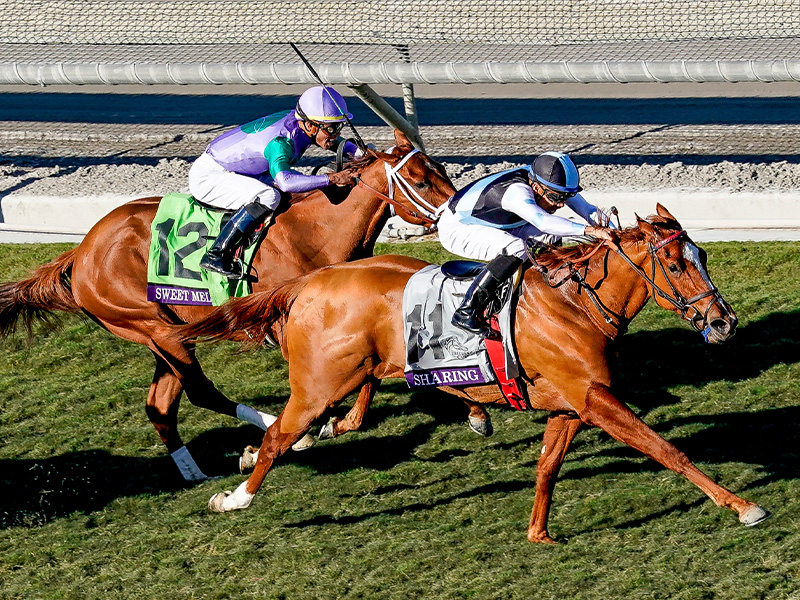 ARCADIA, Calif. (Nov. 1, 2019) – Eclipse Thoroughbred Partners and Gainesway Stable’s Sharing ($29.60) swept to the lead in the upper stretch and then turned back a bid from favored Daahyeh by 1 ¼ lengths to win the 12th running of the $1 million Breeders’ Cup Juvenile Fillies Turf on Friday afternoon at Santa Anita.

Trained by Graham Motion and ridden by Manny Franco, Sharing covered the mile on a firm turf course in 1:34.59. It is the first Breeders’ Cup victory for Franco and fourth for Motion, one of which was Sharing’s dam, Shared Account, in the 2010 Filly & Mare Turf.

Abscond set the pace while being closely tracked by Sweet Melania as Sharing raced in the fifth spot with a ground-saving trip,

Straightening into the homestretch, Sweet Melania pushed to the front but was soon joined and passed by Sharing who quickly opened a daylight margin and had more than enough to hold off Daahyeh.