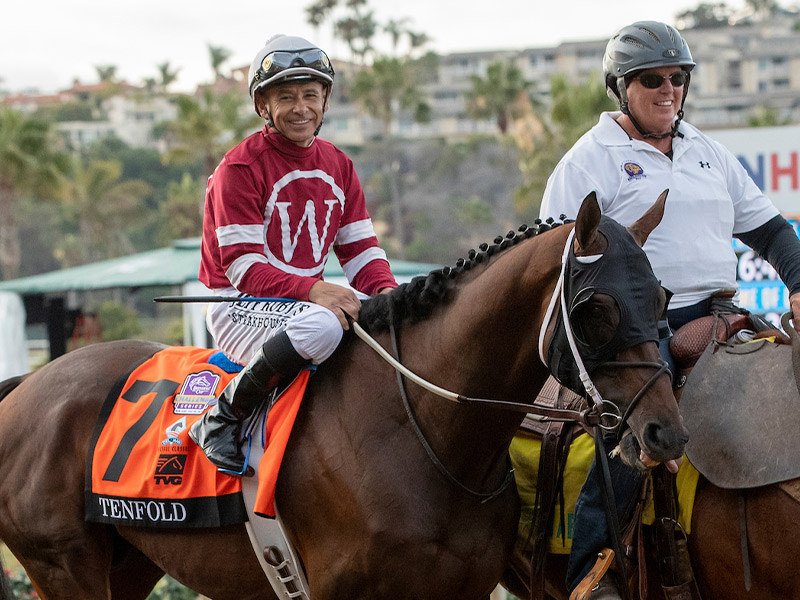 The workout time ranked 43 out of 52 works at the distance, but was typical of what Hall of Fame trainer Steve Asmussen wants from his horses the Monday before a Saturday race.

“He’s in a great rhythm,” said Asmussen, who on Saturday became the third trainer to win 1,000 career stakes when Finite won the Fair Grounds’ Silverbulletday. “The horse has trained with a lot of energy lately and heads out to Gulfstream tomorrow.”

Hall of Fame jockey Javier Castellano has the mount on Tenfold, the trainer said.

Asmussen won the 2018 Pegasus with 2017 Horse of the Year Gun Runner, whom Winchell co-owned with Three Chimneys Farm.

In his only start this year, the 5-year-old Tenfold was a close fourth in the Fair Grounds’ $75,000 Tenacious Stakes, finishing a total of three-quarters of a length in the slop behind victorious Pioneer Spirit. Tenfold, a son of the Asmussen-trained two-time Horse of the Year Curlin, won Saratoga’s Jim Dandy (G2) at age 3 and the Pimlico Special (G3) last year. He also was a very good third, beaten less than a length, behind Triple Crown winner Justify in the 2018 Preakness (G1).

Overall he is 4 for 15 for total earnings of $968,390. Regardless of placing, Tenfold will exit the 1 1/8-mile Pegasus as a millionaire, with the race conditions specifying a $50,000 minimum payout to horses that have won a graded stakes within in the past two years.