Harmonize looks to stretch out in Saturday's G3 Glens Falls 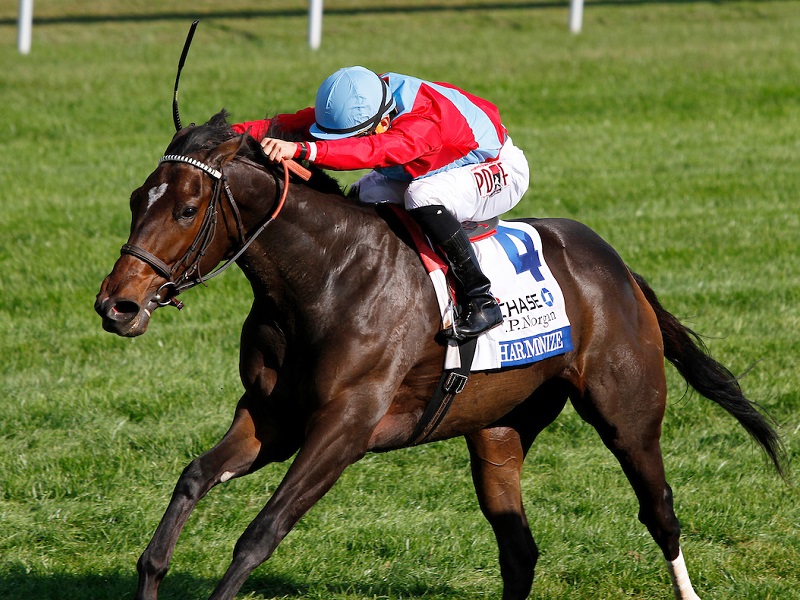 SARATOGA SPRINGS, N.Y. - Looking to rebound off a fourth-place finish in the Grade 1 Diana on July 22, Larkin Armstrong's Harmonize will stretch out in distance to face salty group of eight competitors in Saturday's Grade 3 Glens Falls at 1 3/8 miles on the inner turf Saturday at Saratoga Race Course.

Picking up her last victory in the Grade 1 Del Mar Oaks August of 2016, the 4-year-old Scat Daddy filly made her next six starts against an onslaught of multiple graded stakes winners including Lady Eli, Time and Motion, Roca Rojo, Dickinson and Hawksmoor. Looking for an easier spot and stretching out in distance for the Glens Falls, Hall of Famer Bill Mott said he hopes the changes will return Harmonize back to the  winner's circle.

"She's been training great coming up to the race," said Mott. "Obviously, it's a bit of class relief, she's coming out of a very good race and the distance is something new for us, but we're going to try it. She trains like she should be able to handle it."

With Hall of Famer John Velazquez in the irons, Harmonize will depart from post 8.

Beaten less than a length in the Grade 3 Waya to finish third on August 5 in which she lost by less than length is Summersault, for trainer Mark Hennig and owners William Parsons Jr. and David Howe.

The 5-year-old daughter of Rock Hard Ten would prefer some give to the ground according to Hennig but is coming into the race in great shape.

"It's been tough coming from behind on the turf, but the surface has gotten more chewed up and she likes it that way, so hopefully she takes to it on Saturday," said Hennig. "We'll play it by ear where she's placed but she's doing excellent and the distance isn't a concern as she'll run all day."

With Paco Lopez aboard, Summersault will leave from post 3.

Slugo Racing's Grade 3 Waya winner Estrechada, will look to improve her record to 2-for-2 at Saratoga from post 6 with Hall of Famer Javier Castellano aboard, while Lottie, who finished second by a half-length in the Waya for trainer Graham Motion and owner Jack Swain III, will try to turn the tables from post 2 with Joel Rosario aboard.