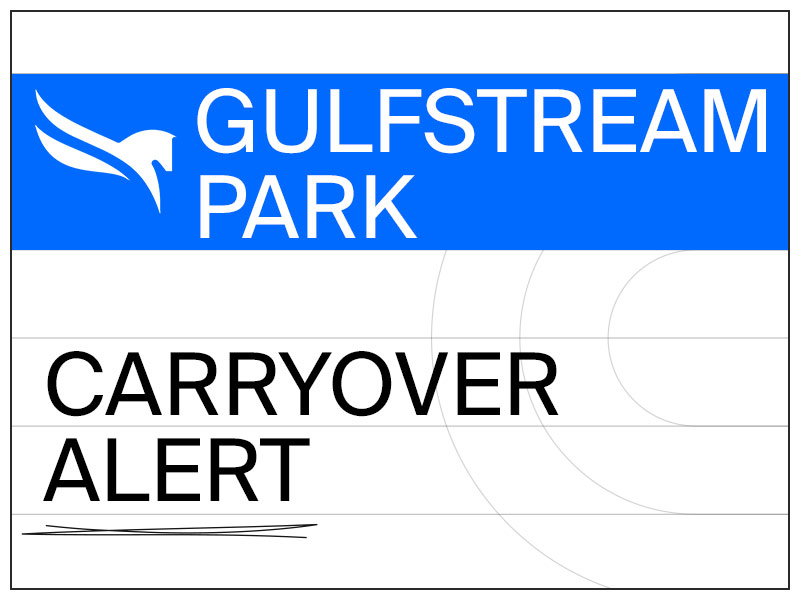 MIAMI GARDENS, FL – A mandatory payout of the Rainbow 6 pool has been scheduled for Saturday’s program at Gulfstream Park West.

Heading into Friday’s program, the popular multi-race wager has gone unsolved for seven consecutive programs following a $249,204 jackpot hit on Oct. 18. Multiple tickets with five out of six winners Thursday were each worth $843.22 Thursday.

The Rainbow 6 jackpot pool will be guaranteed at $175,000 for Friday’s program.

The carryover jackpot is usually only paid out when there is a single unique ticket sold with all six winners. On days when there is no unique ticket, 70 percent of that day’s pool goes back to those bettors holding tickets with the most winners, while 30 percent is carried over to the jackpot pool. However, on mandatory payout days the whole pool is paid out to the bettor or bettors holding tickets with the most winners in the six-race sequence.

Friday’s Rainbow 6 sequence will span Races 3-8, kicked off by a mile optional claiming allowance on turf for state-bred 3-year-olds and up in Race 3. Sassy But Smart, who was beaten by less than two lengths in a fourth-place finish in the Palm Beach (G3) during the Championship Meet, and Till the End, who has been 1-2-3 in last four starts at the level, appear to be the key contenders. Race 4 features a six-furlong sprint for $50,000 maiden claiming 2-year-old fillies. Terry’s Dream, a daughter of Jess’s Dream who finished second in her recent debut, will be taken on by a pair of first-time starters by California Chrome and Not This Time, and four others. A five-furlong turf dash for Florida-bred fillies and mares follows in Race 5, featuring the return of Daddy’s Joy, who graduated in her first start for trainer Saffie Joseph Jr. in her first start at Gulfstream Park last time out. In only her third career start, the daughter of Daddy Long Legs will concede considerable experience to her eight rivals.

A seven-furlong maiden special weight race for fillies and mares will start off the second half of the Rainbow 6 sequence in Race 6. Todd Pletcher-trained Abilene Trail, a 3-year-old daughter of Curlin, will return from a 13-month layoff while facing five rivals, including Eddie Plesa Jr.-trained Cozy Café, who finished a troubled third in her recent debut. The Rainbow 6 sequence will be wrapped up with a mile race for $8,000 claimers in Race 8 and a 1 1/16-mile turf race for $16,000 maiden claimers, 3-year-olds and up, in Race 9.