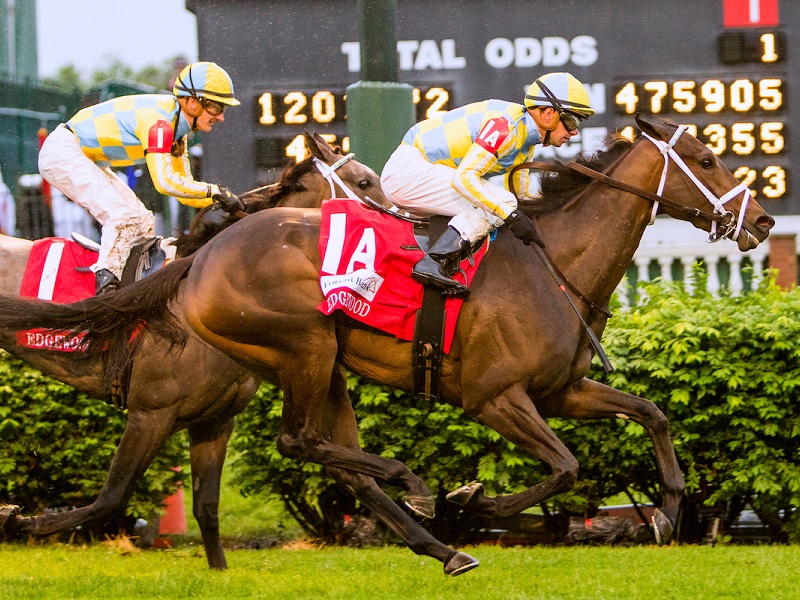 After a promising 2-year-old season that included a 4 ¼ length win in the Grade 3 Jessamine at Keeneland, the daughter of Colonel John finished second by a neck in her 2017 debut in the Grade 3 Florida Oaks at Tampa Bay Downs on March 11 before going on to win Grade 3 Appalachian at Keeneland on April 13 and the Grade 3 Edgewood at Churchill Downs on May 5.

Trainer Mark Casse then set his sights on Royal Ascot, where La Coronel finished fifth in the Group 1 Coronation Stakes on June 23. In her return to North America, she finished fourth in the Grade 2 Lake Placid August 19 at Saratoga Race Course. Norman Casse, head assistant trainer and son of Mark, said the multiple-graded stakes winner wasn't herself.

"Going into the Lake Placid, we were a little bit concerned that we didn't have her 100 percent cranked. I think our fears were justified," Casse said. "Probably she needed the race and more importantly she really let the paddock overwhelm her a little bit over at Saratoga. We thought she got worked up."

Casse said La Coronel has been shipped to Belmont early to get her more comfortable with her surroundings before the race.

"She is going to school the next two days, get acclimated there, and should run much better on Saturday," he said.

La Coronel will break from post 3 with Jose Lezcano in the saddle.

Trainer Chad Brown will send out a trio of talented 3-year-old fillies. Coming off a second-place finish in the Lake Placid is Uni, a chestnut daughter of More Than Ready who has made two appearances in the United States after starting her career in France where she raced six times, winning twice. Owned by Michael Dubb and Head of Plains Partners, Uni will break from post 6 with Irad Ortiz, Jr. getting the mount once again.

Brown also entered Peter Brant's Fifty Five, a consistent bay filly who has hit the board in all eight of her starts, including a third-place finish in the Grade 3 Lake George last time out. The daughter of Get Stormy will break from the rail with Joe Bravo in the irons.

Klaravich Stables' Inflexibility is Brown's third entry. The Canadian-bred Scat Daddy filly returns to Belmont Park, where she broke her maiden on May 4, after running in three consecutive stakes at Woodbine Racetrack, finishing third in the Woodbine Oaks and Queen's Plate before winning the Wonder Where on July 30. Hall of Fame jockey Javier Castellano will have the call from the outside post.

Todd Pletcher enters Claiborne Farm's Chastise, stepping up in class after an allowance win on August 19 at Saratoga Race Course. The Blame filly will break from post 5 with Luis Saez aboard.

Trainer Jimmy Bond enters Empressof the Nile, coming off a 6 ¼ length maiden victory at Saratoga on August 20. The Pioneerof the Nile filly will break from post 7 with jockey Dylan Davis.

Entering off a win in the $100,000 Riskaverse on August 24 at Saratoga is Phillips Racing Partnership's Defiant Honor. Trained by Jimmy Toner, the Speightstown filly will break from post 9 with jockey Nik Juarez.

Bonita Bianca is entered for main track only.