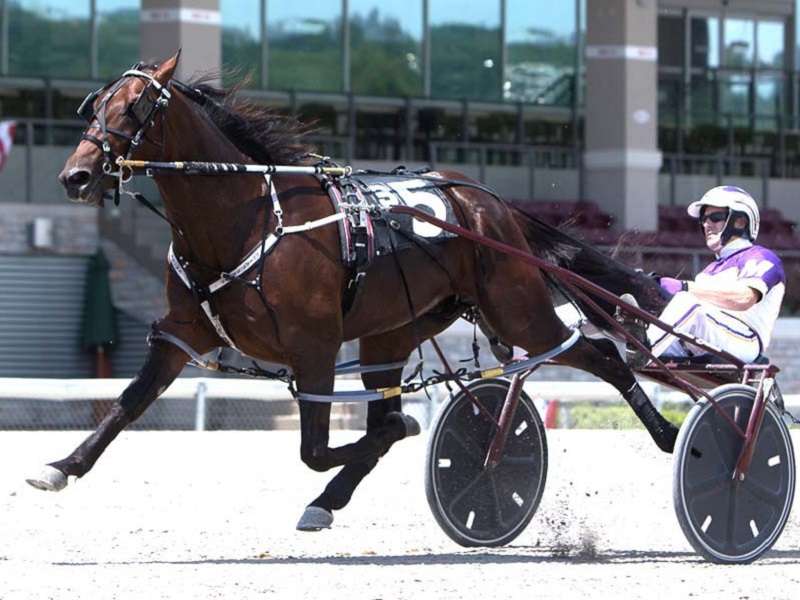 It is expected to be a battle between a pair of Brian Brown trainees as Downbytheseaside and Fear The Dragon have been installed as the morning line favorites in the $590,400 Little Brown Jug, presented by the Ohio Harness Horsemen’s Association, to be held Thursday, September 21st at the Delaware County Fair.

Downbytheseaside was tapped as the 2-1 choice and will leave from post 5 and will be piloted by Brian Sears in the first heat field of eight. Downbytheseaside comes into the Jug on a 4 race win streak, and has won 9 of 13 seasonal starts, including the $500,000 Art Rooney Pace, the $500,000 Messenger Stakes, the $300,000 Carl Milstein Memorial and the $125,000 Jug Preview. He owns a lifetime mark of 1:49 2/5 and has earned just short of $1.6 million. The Somebeachsomewhere colt is owned by Country Club Acres, Joe Sbrocco, Richard Lombardo and Diamond Creek Racing.

Fear The Dragon drew post 3 and has been made the 7/2 second choice. The Dragon Again colt is owned by Bruce Trogdon’s Emerald Highlands Farm and has earned $1.2 million during his career. Fear The Dragon will receive the services of Delaware’s all-time winningest driver, David Miller. They teamed up to win the $730,000 North America Cup, the $500,000 Max Hempt Memorial and the $400,000 Adios Pace. He was scratched sick from the $252,000 Pennsylvania Sire Stakes Final on September 3. He won a qualifying race at Hoosier Park on September 13 in 1:54 over a sloppy track.