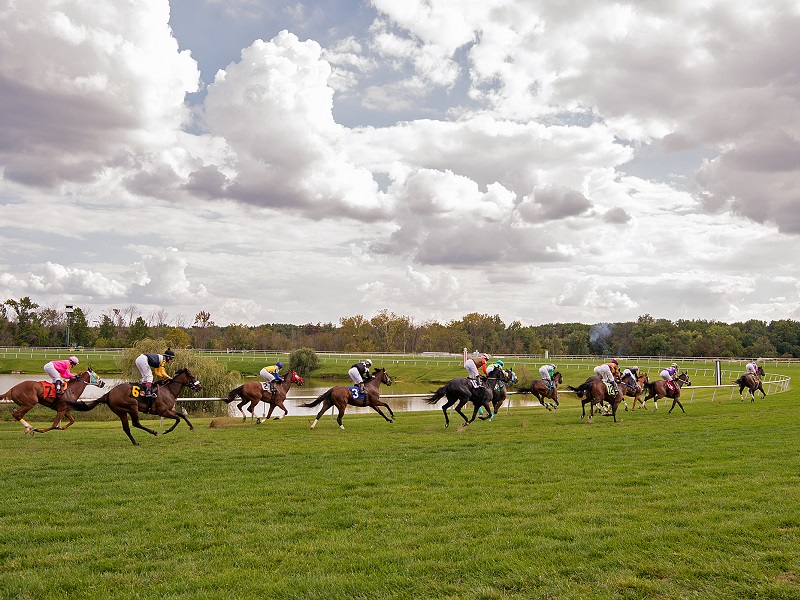 LAUREL, MD – Horsemen are looking forward to showing off Laurel Park’s improved product and facilities to a larger audience when the switch in racing dates to include Mondays through mid-December kicks off next month.

By adding Mondays, Laurel will become the primary focus on the TVG Network, which will broadcast each race live that day.

Instead, Laurel will operate from Friday through Monday starting Friday, Oct. 6, with the first Monday card set for Oct. 9. The final Monday program will be conducted Dec. 18.

Maryland Jockey Club President & General Manager Sal Sinatra said Laurel will be competing against only half the tracks that run live racing on Thursdays.

“We are thrilled with the opportunity to showcase Maryland racing to a larger audience on TVG with the move to Monday racing,” Sinatra said. “Bettors and fans will be able to witness what we believe is a much-improved, world-class brand of racing at a facility that continues to undergo a major transformation into one of the sport’s best racing and entertainment facilities. We are grateful to our horsemen for accommodating the change and looking forward to what will be a spectacular end to the year.”

The change has been well-received by horsemen such as Laurel-based Gary Capuano, co-leading trainer of the current fall meet with four wins over the first six days. Live racing resumes at Laurel with an 11-race program Friday, Sept. 22.

“It’s all about the handle and what they think is best. Running four days a week obviously helps. You’ve got more opportunity to run, that’s the big thing,” Capuano said. “Obviously the more days we can run, the better opportunities for the owners and the horses and everything to try and scratch out a dollar when you can.

“We have decent-sized fields, good fields, but we kind of get caught up in the mix with the bigger tracks like Saratoga and Keeneland and Santa Anita and even Gulfstream in the summer,” he added. “People just gravitate to those because of the names, but obviously getting our product out there on TV makes people see it more and appreciate the quality we have.”

Laurel’s main track was refurbished during the break between the Aug. 20 end of the summer meet and the start of the fall stand, when racing was conducted at the Maryland State Fair. Laurel and historic Pimlico Race Course have seen an increase in average daily handle for eight consecutive meets dating back to 2015.

“I think it’s a good idea. Not many tracks run on Monday,” said trainer Rodney Jenkins, also based at Laurel. “Laurel’s doing great. The track, they did a nice job fixing it up. They made it real good again. I think Laurel’s doing just great. It’ll advertise itself once it gets here.”

Laurel will have special programs on Thanksgiving Day, Thursday Nov. 23, and Tuesday, Dec. 26. There will be no Monday racing Nov. 27 or Christmas Day, Dec. 25.