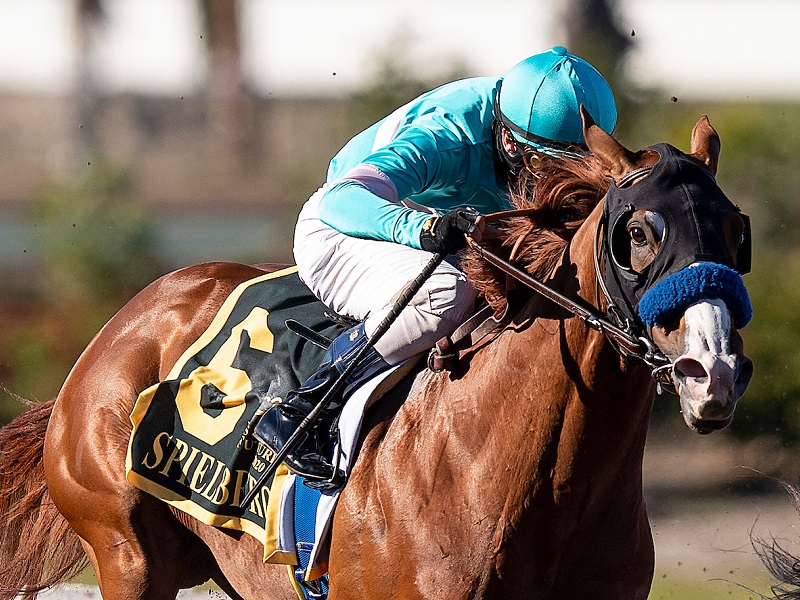 Trained by Hall of Famer Bob Baffert, the son of Union Rags was timed in 59.40 seconds, the second fastest clocking of 81 workouts recorded at the distance.

Spielberg is slated to make his third 2021 start in the 1 1/8-mile Florida Derby, which has produced the winners of 60 Triple Crown events.

In his 2021 debut, the Kentucky-bred colt stumbled at the start of the Robert B. Lewis (G3) at Santa Anita before finishing fourth behind Baffert-trained winner Medina Spirit. He then finished second Feb. 27 in the Southwest (G3) at Oaklawn Park behind unbeaten Essential Quality.

Spielberg had a productive six-race juvenile campaign, in which he finished second in the Del Mar Futurity (G1) and third in the American Pharoah (G1) at Santa Anita before breaking his maiden in his fourth start. He went on to win the Los Alamitos Futurity (G2) two starts later.