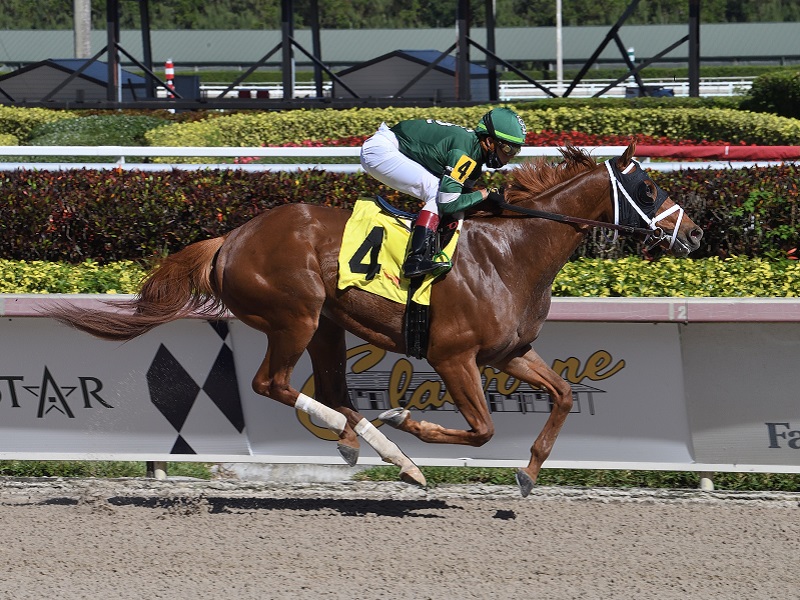 “I thought he went great. The first eighth was a little slow. He went off in like 14 (seconds) and went the last half in 48-and-1. He looked good and seemed happy,” trainer Todd Pletcher said. “I’ve liked the way he’s been training since his last race.”

Known Agenda is coming off a sharp 11-length optional claiming allowance victory Feb. 26 at Gulfstream Park at the 1 1/18-mile distance of the Florida Derby. After getting away last and finishing fifth in the Feb. 6 Sam F. Davis (G3) at Tampa Bay Downs, the son of Curlin was equipped with blinkers for the first time for his last start.

Known Agenda holds the distinction of owning a decision over likely Florida Derby favorite Greatest Honour, whom he defeated by a head while graduating in a 1 1/8-mile maiden special weight race Nov. 8 at Aqueduct.

Irad Ortiz Jr. has the mount.

At Gulfstream Park West, Papetu, who finished third in the Fountain of Youth following a very wide trip, breezed five furlongs in 1:12.80 Saturday morning in preparation for the Florida Derby. Sigiloso, a stablemate of Papetu, in the Antonio Sano barn, Siglioso was timed in 1:13.80 for five furlongs for the Florida Derby. Gustavo Delgado-trained Jirafales, who finished fifth in the Fountain of Youth following an awkward start, breezed five furlongs in 1:13.20.