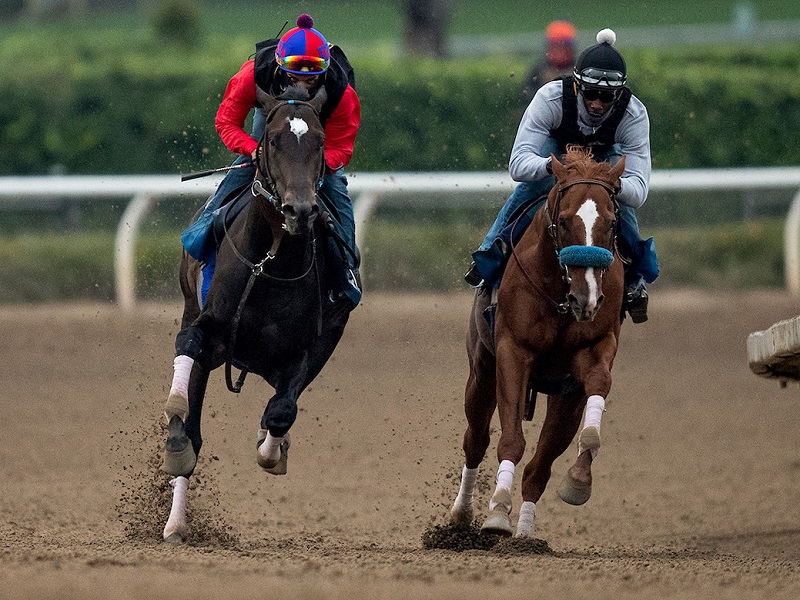 Runhappy Santa Anita Derby winner Rock Your World worked five furlongs Friday in a bullet 58.40, fastest of 32 drills at the distance and quicker by almost three seconds than the average time of 1:01.28.

“It was a good work,” said John Sadler, who trains the son of Candy Ride. “He ships to New York tomorrow.”

Rock Your World won his first two races on turf, then made his main track debut in the Runhappy Santa Anita Derby April 3, leading throughout the mile and one-eighth classic and earning a spot in the Kentucky Derby on May 1.

Unfortunately, he was sandwiched at the start of the Run for Roses, never got untracked and finished 17th of 19.

“We hope to right the ship in the Belmont,” Sadler said.