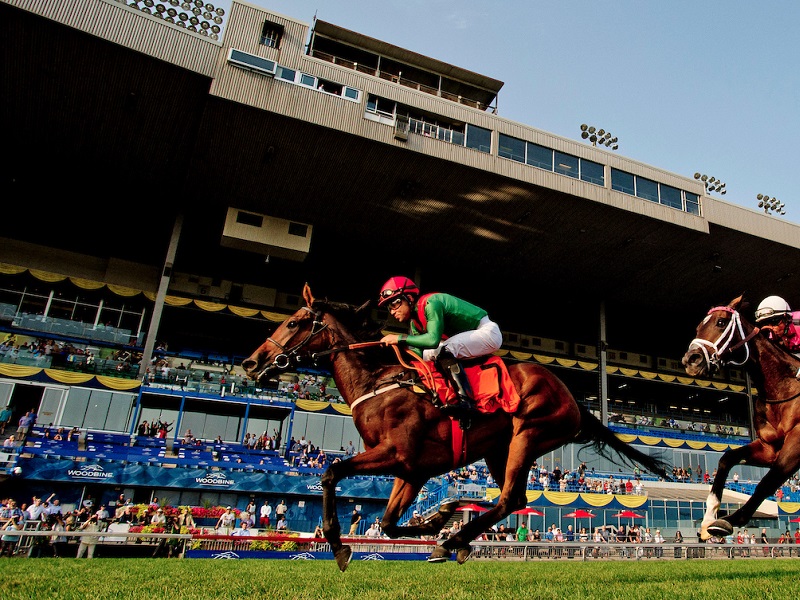 ​TORONTO, September 17 — Capla Temptress stamped her ticket to the Breeders’ Cup with a victory in the $250,000 Natalma Stakes (Grade 1), one of two ‘Win And You’re In’ races for two-year-olds co-featured on Sunday’s program at Woodbine Racetrack.

Joel Rosario was aboard the Irish-bred filly campaigned by trainer Marco Botti and Team Valor International with early plans mapped out for a course to the Breeders’ Cup coming to fruition.

“I bought her with this plan in mind,” noted owner Barry Irwin from Team Valor.

Capla Temptress won her first two starts in England and finished third in the Group 3 Sweet Solera Stakes over seven furlongs this summer before her journey to the Breeders’ Cup brought her across the pond to the one-mile Natalma Stakes.

Dixie Moon broke well from the outside post nine and established the lead ahead of Delamar with Golden Orb running in third and 2-1 favourite Wonder Gadot outside in fourth. After opening panels of :23.69 and :47.58 on the firm turf, Delamar began to edge up while Wonder Gadot angled three-wide past three-quarters in 1:12.29.

Wonder Gadot chased after Dixie Moon down the stretch, but Capla Temptress stole the show after biding her time on the outside back in seventh and overpowered the top filly foes to score by three-quarters of a length in 1:35.12.

“She broke very nice and for a second I had a little clear spot. I was just looking to follow Patrick [Husbands]. He was on one of the speed horses [Wonder Gadot] on the outside,” said Rosario. “I was trying to let her be behind somebody all the time. She was very nice. I had to tap her a little bit on the backside to get her attention. After that, she did the job.”

“She’s a fighter. She’s small, but she’s got a long stride and she’s all heart,” noted Irwin.

Jockey Eurico Rosa da Silva has nothing but praise for Dixie Moon, who held second ahead of Wonder Gadot.

“My filly is a fantastic filly,” said Da Silva of the Catherine Day Phillips trainee. “The first time I got on this filly, I knew she was a very good horse.  It's too bad we got beat today, but she's going to come back and beat these horses. I'm telling you, she's a very nice horse. I’m very pleased with the race. She was not very focused at the end. It's just her second race and it's a lot to ask to run with big horses, but we are very, very happy.”