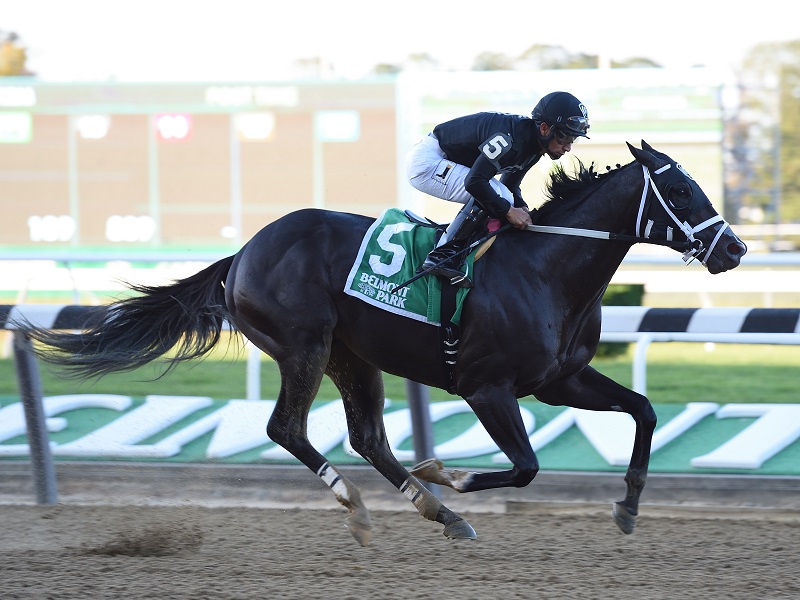 ELMONT, N.Y. - Entering off a victory in the Grade 3 Monmouth Cup and making his first start in New York since finishing second in the Grade 1 Metropolitan Handicap, Ivan Rodriguez's Sharp Azteca bested a field of six going gate to wire to win Saturday's Grade 2, $300,000 Kelso Handicap on Saturday at Belmont Park.

Breaking alertly as the 1-2 favorite from post 5 with Paco Lopez aboard, Sharp Azteca went straight to the front setting fractions of 23.50 seconds for the opening quarter-mile and 46.48 for the half.

Bird Song began to pressure Sharp Azteca just to his outside at the quarter-pole with Divining Rod angling out four-wide in the upper stretch to make a run toward the leader. Undeterred, Sharp Azteca was set in a full drive, shifting four-wide in the late stretch, extending away to the wire to win by four lengths.

"It was a nice race. He's a nice horse," said Lopez. "He got the leap out front and I let him go [to the lead]. He was very comfortable. I waited as long as I wanted and when I asked him, he ran very good. He's a very good horse. Anybody could ride that horse.

Returning $3 for a $2 win wager, the 4-year-old Freud colt picked up his fourth career graded stakes victory to reach over a million dollars in earnings. The winners share of the purse boosted his career total to $1,136,740.

"With everything going on in the last two weeks, what else can I ask? He puts a smile on your face," said winning trainer Jorge Navarro. "He [Lopez] knows the way I am and with him [Sharp Azteca], you have to go. He can get lazy. Even my brother said, 'Paco, what are you doing?' At the three-eighths pole, I was thinking, 'Man, you're going to kill me.' I'm the type of guy that if a horse is going to win, the horse is going to win. Why wait? Anything can happen. But, I'm very happy with the win."

Traditionally serving as a prep for the $1 million Las Vegas Breeders' Cup Dirt Mile on November 3 at Del Mar Racetrack, Navarro said he hopes that will be Sharp Azteca's next destination if he comes out of the Kelso in good order.

"We're going to see how he comes out first," said Navarro. "Step by step, and then hopefully we'll get there.

Following Divining Rod in second was Tom's Ready, Tommy Macho, Ross and Bird Song to complete the order of finish.