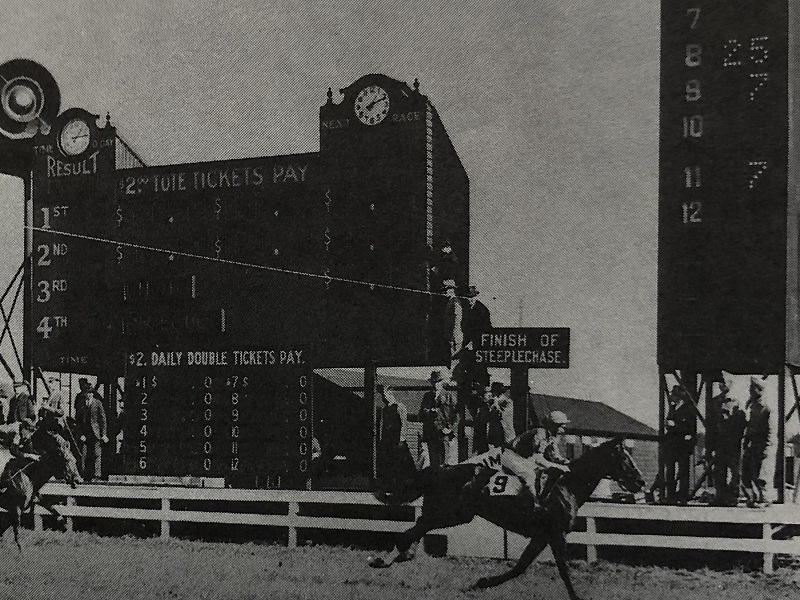 Whether you backed Sir Barton in 1919, Citation in 1948 or American Pharoah in 2015, the Mahony family was there to take your bet. Saratoga honors horse racing’s ‘First Family of Mutuels’ with the third running of the Mahony Stakes on Wednesday, August 11, 2021. The namesake race may only take a minute over its turf-dash distance, but the Mahony family has been instrumental in the tote business for more than a century.

The Mahony Stakes honors former NYRA Senior Vice President of Mutuels Pat Mahony, whose 50-year personal run in the business came to a close in 2016. His lineage in the tote business preceded through his father, Riggs, and his grandfather, Mortimer ‘Mort’ Mahony. The eldest Mahony began taking bets in the late 1800s as a bookmaker at New York tracks like Sheepshead Bay, Morris Park, Brighton Beach and, yes, even Saratoga. He helped see the racing business through its transition to totalisator machines, which started in 1932 at historic Hialeah Park in Florida, and aided Harry L. Straus, founder of the American Totalisator Company, known still today as AmTote, the industry leader under the 1/ST TECHNOLOGY portfolio.

The ‘Mahony Pari-Mutuel College’ taught many of North America’s early mutuel managers about the operation, spreading the family’s influence to all shores. And that hands-on mentorship ensures that the impact of the Mahony family will be felt far longer than the three generations in name. Pat Mahony became an ardent student and researcher of America’s history of betting the horses…and he’s helped shape much of it on his own.

Said AmTote President and 1/ST TECHNOLOGY Chief Revenue Officer, Keith Johnson, “When I joined this industry just out of college as a part-time employee, not knowing what my career path was to be, I had the great fortune of starting at Calder Race Course and Gulfstream Park, where Pat Mahony ran the mutuel operations. I cannot overstate how valuable and enjoyable it was working for and with someone with that depth of knowledge, professionalism, and sincere love for the industry. It directly influenced what would become my own lifelong career in this business. It has been an honor and a privilege to know and learn from Pat throughout the years. He and his family contributed immeasurably to our collective business from its very beginnings. The Mahony Stakes is an awesome way for NYRA and our industry to honor Pat and his family’s legacy.  I am, and I think I can confidently say our entire industry is, forever grateful.”

The Mahony family is honored with a plaque in the clubhouse at Belmont Park. But on Wednesday, its namesake race will once again focus the racing world’s attention on venerable Saratoga. And all eyes will be on the toteboard in search of the right horse at the right price. That much you can bet on.