Avenge is All Business in G1 Rodeo Drive Stakes 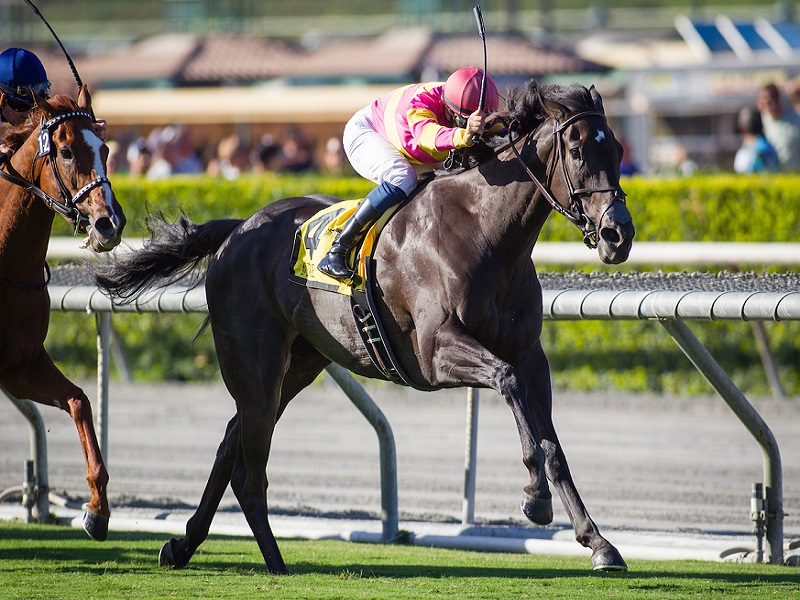 ARCADIA, Calif. (Sept. 30, 2017) – Rising star Flavien Prat notched his third Grade I win on the day and Hall of Fame conditioner Richard Mandella got his second, as Avenge successfully defended her title in Saturday’s Grade I, $300,000 Rodeo Drive Stakes, winning by three quarters of a lengths while negotiating a mile and a quarter on turf in 1:58.74.

With favored Goodyearforroses seemingly cruising to her immediate outside three furlongs from home, Avenge lengthened her stride and marched to an impressive victory–her first since taking the 2016 Rodeo Drive four starts back.

Early pacesetter Goldy Espony, ridden by Mike Smith, dropped back a bit at the rail around the far turn as it appeared the winner and Goodyearforroses would dispute the outcome, but she kept to her task and finished second by a nose over Responsibleforlove.