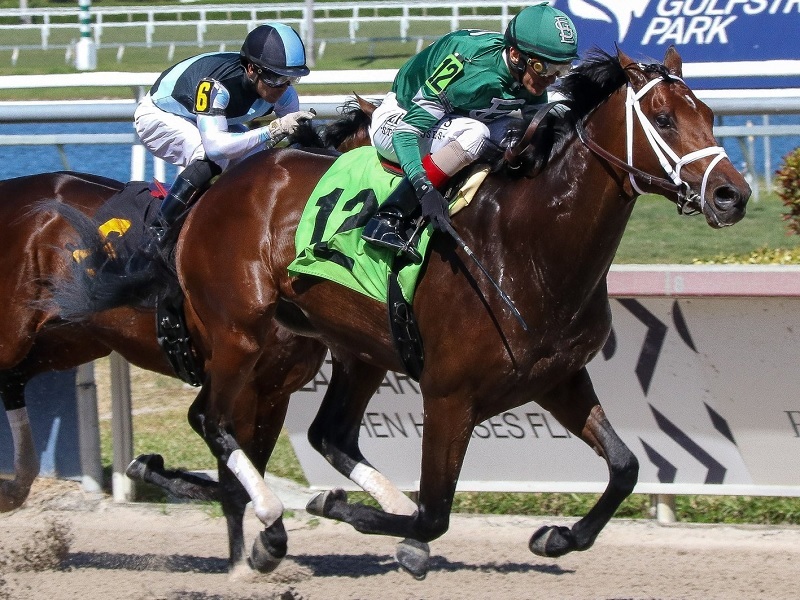 Horseplayers using the 1/ST BET app or Xpressbet.com for the Pacific Classic can enjoy up to a $10 Money-Back special on win bets if your pick finishes second or third. \

Express Train loves Del Mar, capturing 3 of 4 local starts. John Shirreffs trains the son of Union Rags, who earlier this year was runner-up in the Grade 1 Santa Anita Handicap. Express Train does his best running near the engine, which figures to be competitive for this mile and one-quarter journey with speed to his inside (Tizamagician) and outside (Magic On Tap).

Dr Post won the Westchester and Monmouth Cup this year on the east coast and was runner-up in last year’s Belmont Stakes. St. Elias Stable and Todd Pletcher shipped Vino Rosso west to win the 2019 Gold Cup at Santa Anita before a return to California later that you to capture the Breeders’ Cup Classic. With Del Mar the host site for this year’s Breeders’ Cup, they’ll try to west coast double-swing again.

Royal Ship, hero of the Grade 2 Californian in in April, and Tizamagician, cutting back in distance from his Del Mar victory in the Grade 3 Cougar II, compete as an uncoupled entry for Richard Mandella. The Hall of Fame trainer has 4 Pacific Classic titles to his credit, including the legendary filly Beholder in 2015 and the all-time Del Mar upset of Cigar’s 16-race winning streak with Dare and Go in 1996.

Magic On Tap, who stumbled at the start of the San Diego, figures to be more forwardly placed with a clean start. He leaves from post 6, just outside Express Train and could apply pressure after winning the Triple Bend sprinting at Santa Anita this spring. Magic On Tap trainer Bob Baffert has won the Pacific Classic 6 times, tied with Bobby Frankel for the race’s all-time lead.

Independence Hall adds blinkers for the 31st edition of the Pacific Classic.

For more handicapping analysis of this year’s Pacific Classic, check back at Xpressbet.com and news.1st.com on Thursday evening for Jeff Siegel’s handicapping video. Also, see Eddie Olcyzk’s Saturday spot plays at both sites.