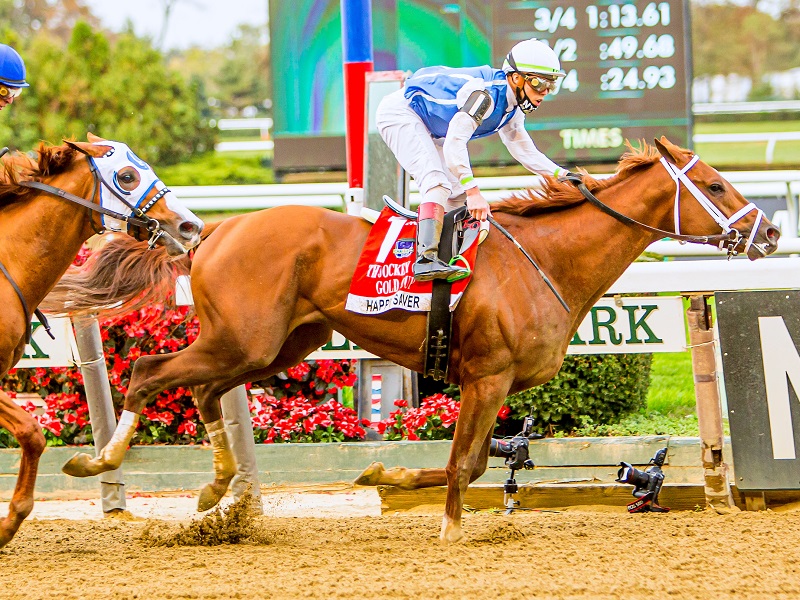 Challengers to the reigning Gold Cup winner include Max Player (post 2), who defeated Happy Saver in their most recent showdown in the Suburban at Belmont. It marked the first victory for the Steve Asmussen trainee since the February 1, 2020 Withers at Aqueduct, snapping a 6-race losing streak that included all 3 legs of last year’s Triple Crown.

Rail-drawn Forza Di Oro has won 3 straight, including his 2021 return in allowance company at Saratoga on August 21. Last year’s Discovery victor is a 2-time winner over 9 furlongs and stretches out to the classic distance for the first time. The Bill Mott trainee does his best work pressing the pace, but could win up on the lead given this race shape and his post draw. Fellow pace presser Night Ops (post 5) was second last out in the Alydar at Saratoga, a race won by next-out Charles Town Classic winner Art Collector. Night Ops has been second in four straight races for trainer Brad Cox.

Late-running Chess Chief (post 3) will try to right the ship back to his March form when rallying to win the New Orleans Classic at Fair Grounds. Grade 3-placed Ohio-bred Forewarned (post 6) rounds out the lineup and also races from far back in the field early.