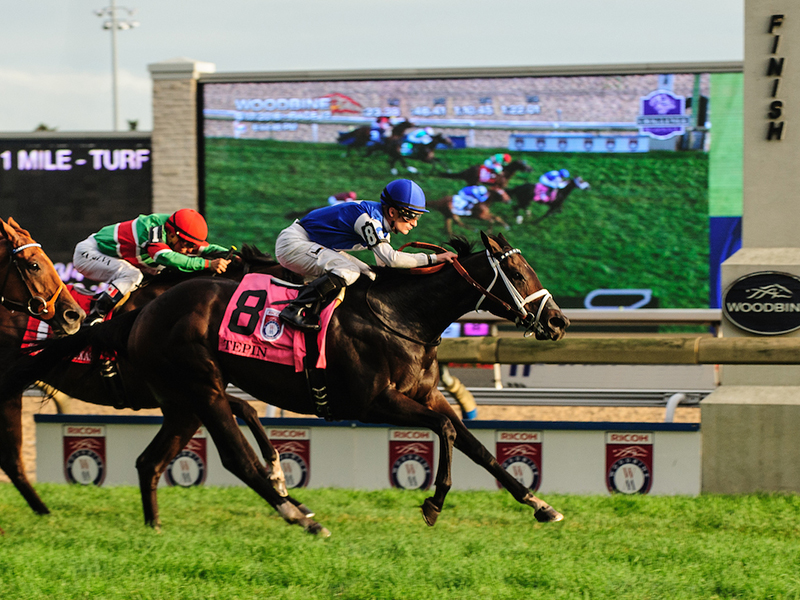 There's no topping the Woodbine card on this Saturday, most notably because of the $250,000-guaranteed Late Pick 4 that includes a pair of Grade 1 races in the Canadian International and the Woodbine Mile.

From start to finish, nothing looks easy in this sequence.

WALTON STREET comes from the Charles Appleby barn, and that’s not a bad place as far as Europe-to-North America shippers have succeeded this year. Appleby won turf stakes at Belmont and Saratoga and has a good chance to transfer that success to Woodbine with this Godolphin runner. He was third in a Grade 1 in Germany and had a three-win win streak from September through March (one win at Newmarket, two at Dubai-Meydan). He gets the riding services of Frankie Dettori, and that should always get your attention in international affairs.

MARCH TO THE ARCH was the 2020 Woodbine Mile runner-up behind the great mare Starship Jubilee and was closing third in the G2 King Edward going a mile last out. He had a remarkable run from 13 lengths back to win the Niagara stakes two back. He followed fractions of :45 1-5, 1:07 1-5 and 1:32 1-5 before finishing the nine furlongs in a sizzling 1:45. He’s at the top of the game for Mark Casse and this is where he does his best running.

IKERRIN ROAD leads the first of two $40,000 claiming races that end the Pick 4 and Woodbine Mile card. He has been solid in his last two with a second and third and could be ready to win for the first time in two years. Trainer Vito Armata has had a solid season with a 7-of-27 record, and the distance looks good for his sprinter here.

FLYING CURLIN drops out of an allowance race here and has run against tough rivals at Aqueduct and Fair Grounds. Mark Casse has his Curlin gelding in the lowest level he’s seen and can wake up in this spot.