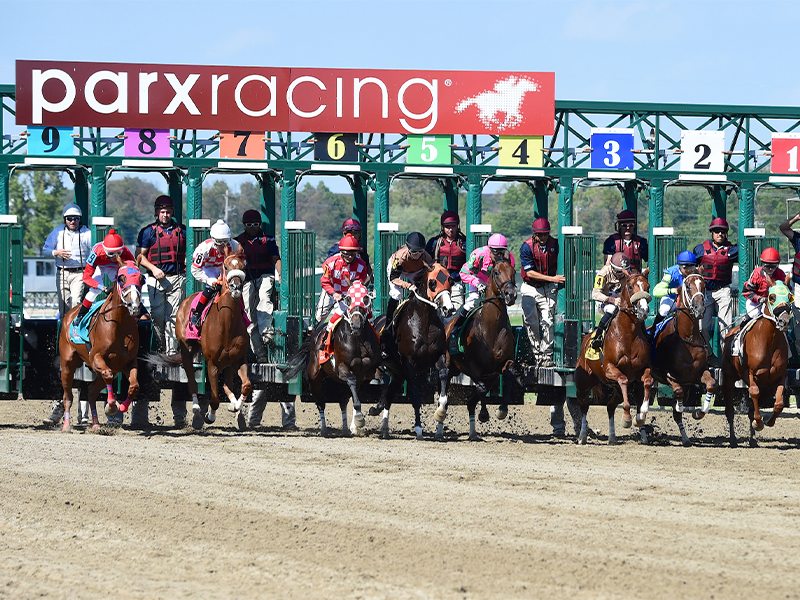 Parx Racing presents a magnificent 13-race program on Saturday that features eight Stakes races with purses of $200,000 or more, six of which are graded and include a pair of $ 1 million events for 3-year-olds, the Cotillion S. (for fillies) and the Pennsylvania Derby. First post is 12:05 ET. Let’s put the microscope on the 50 cent “Philly Big-5” wager that contains a jackpot carryover into Saturday of $155,80. Fans looking at the late pick four, Races 10-13, can enjoy a $10,000 hit and split promotion with Xpressbet and 1/ST BET.

The first leg of the “Philly Big-5” requires a bit of a spread with at least three contenders that fall into the “must use” category. FIRECROW may deserve a very slight edge on top based on his ideal stalking style for this five furlong trip. The Ron Moquette-trained gelding is 2-for-12 in his career without Joel Rosario but a perfect 2-for-2 with him in the saddle. Rested since May but showing a pair of recent bullet workouts to have him cranked and ready, the lightly-raced gelding projects to draft into a comfortable early position and then have his chance to kick clear when set down. On pure numbers, CARAVEL is the fastest in the field, but she failed at 50 cents on the dollar when a fading third at Woodbine last month despite establishing a comfortable early lead. That race was a six furlongs; it’s worth noting that she’s undefeated in five career starts over five eighths. CAROTARI earned a career top number when a close second in the Troy S.-G3 at Saratoga in early August. If he can duplicate effort today, he’ll be right there.

JACKIE’S WARRIOR is listed as the 4/5 morning line favorite, but you can expect he’ll leave closer to 1/5. Victorious in seven of eight one-turn races, most recently with a career performance in in the H. Allen Jerkins Memorial S.-G1 at Saratoga, this top-class 3-year-old will be facing older rivals for the first time but based strictly on speed figures the son of Maclean’s Music has only himself to worry about. Could he significantly regress off that hard, taxing, grueling victory over Life Is Good just four weeks ago? Sure, it’s possible, but two recent bullet workouts suggest a bounce is unlikely, and from his cozy outside post regular rider Joel Rosario can dictate the race flow by stalking and then pouncing whenever he’s given his cue. In what will serve as his final prep race prior to the Breeders’ Cup Sprint-1G, the Steve Asmussen-trained colt is the proverbial free bingo space.

The Cotillion S.-G1 is a challenging affair. Each of the eight intended starters have a right to at least hit the board, and, yes, that even includes MARACUJA, who somehow managed to win the C.C.A. Oaks-G1 two races back in a performance that came out of nowhere (she subsequently wound up last in the Alabama S.-G1). CLAIRIERE and ARMY WIFE, the two-three finishers in the Alabama, are difficult to separate and are “must uses.” OBLIGATORY is the most dangerous of the deep closers. She was flat in her only prior try around two-turns last March, but she’s improved and gained valuable seasoning since then and she ran better than the line will show when fourth in the Test S.-G1 last month at Saratoga. ALWAYS CARINA may prefer one corner but with Private Mission staying home today’s pace scenario projects to be soft, and as the controlling speed she could take this field a very long way.

We’ll make her gamble in the win pool at somewhere around 5-1.

HOT ROD CHARLIE is owed some good luck. The son of Oxbow ran far too well to lose when runner-up to Essential Quality (while 11 lengths clear of the rest) in the Belmont S.-G1 two races back and then had his number taken down after being subjected to a needlessly careless ride after finishing first in the subsequent Haskell S.-G1 in mid-July. Freshened and training better than ever in recent weeks, the Doug O’Neill-trained colt can cope with any pace flow, so with a clean trip he should be able to handle this assignment. There is one fresh face to consider – at least as a back-up or a saver – for those looking to spice up the ticket. SPEAKER’S CORNER returned off a 10 month layoff to annihilate an overnight field by more than five lengths at Saratoga in what was just his third career start. What he lacks in experience he could make up for in raw talent. In that seven furlong sprint, the son of Street Sense earned an eye-catching Beyer speed figure (101) that makes him competitive at this level, and with another forward move, well, who knows what he might be capable of?

We’re hoping to get a decent middle price horse home in the finale while preferring YOU MUST CHILL on top. Listed at 9/2 on the morning line, the versatile and genuine ex-Californian has won four of his last five, most recently a nice state-bred allowance race at Penn National, and from his favorable rail draw the Jamie Ness-trained gelding projects to draft into an ideal second flight, ground-saving position and have every chance when the pressure is turned on. There are several others in the field that warrant strong consideration, as well. WAIT FOR IT and IRISH CORK are unproven on turf but each has dirt speed figures that will make them formidable if they can transfer their form to the lawn. PRINCE OF RAIN finds himself in the same boat – he’s never been tried on the sod – but he’s stretching out following a sharp third place effort in a state-bred stakes sprint and could find himself on or near front end without having to be used. At 8-1 on the morning line, he has to be included somewhere.