Gulfstream Park: What You Need to Know About Handicapping Tapeta | Thursday, September 30 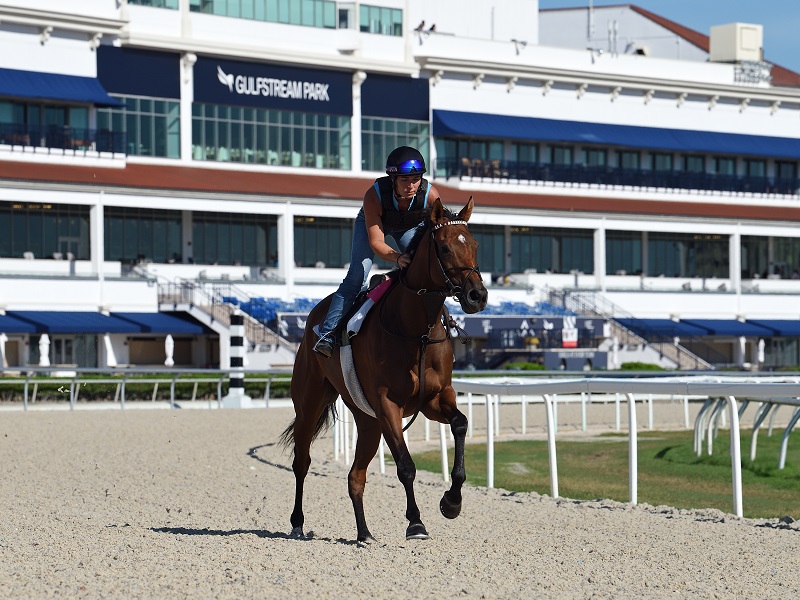 The brand-new Tapeta racing surface at Gulfstream Park will provide safe, year-round footing for the horses – and new handicapping challenges to horseplayers. Creatures of habit as we are, we flock to the familiar and new twists can test our confidence. But it’s not the first time in recent history where an A-list track introduced a new surface.

Keeneland’s first meet with a synthetic surface in Fall 2006 saw an average winner of 8.3-1. After that, the average winner dropped to 6.6-1 for the remaining meets on Polytrack. To put it in perspective, adjusted for field sizes of 8 starters, Keeneland’s current average winner since returning to dirt in Fall 2014 has been 5.5-1, while it wound up 5.3-1 during the Polytrack era. Players were even more dialed in on the synthetic by the end of the surface’s existence at Keeneland. To be sure, the bettors will get the hang of it at Gulfstream after some learning curve.

HOW SHOULD I HANDICAP?

It’s a third surface, not a continuation of turf racing.

Horseplayers make a mistake of over-betting turf horses on synthetics – the average horse exiting a turf race is 12-1, those exiting synthetic 14-1 and those exiting dirt 16-1 when looking at all starters this year on Tapeta from these 4 tracks.

The initial shock of fall-apart races at Keeneland in 2006 set a narrative that synthetic racing was too demanding on early speed horses. The idea that every race was bound for clunk-up closers quickly became embedded. And while that was true in the very early days of the surface, when races were ridden extremely conservatively with slow paces to conserve some horse, it eventually went away even at Keeneland. On the Tapeta surfaces of today, the top-performing 1/ST BET handicapping factors from the Betmix database are the same on the synthetic as their dirt-track counterparts: Average Speed, Avg. Best 2 of Last 3 Speed, Best Speed Last Race. See a theme?

Until horses rack up a few starts on the new Tapeta, or have prior form over the surface at another venue, pedigree can be telling. You don’t have to be a bloodstock expert to get informed. The 1/ST BET app’s free handicapping factors tool box includes All Weather Pedigree ratings. And you can visit our list of top Tapeta sires for a look at who’s hot in the gene pool.