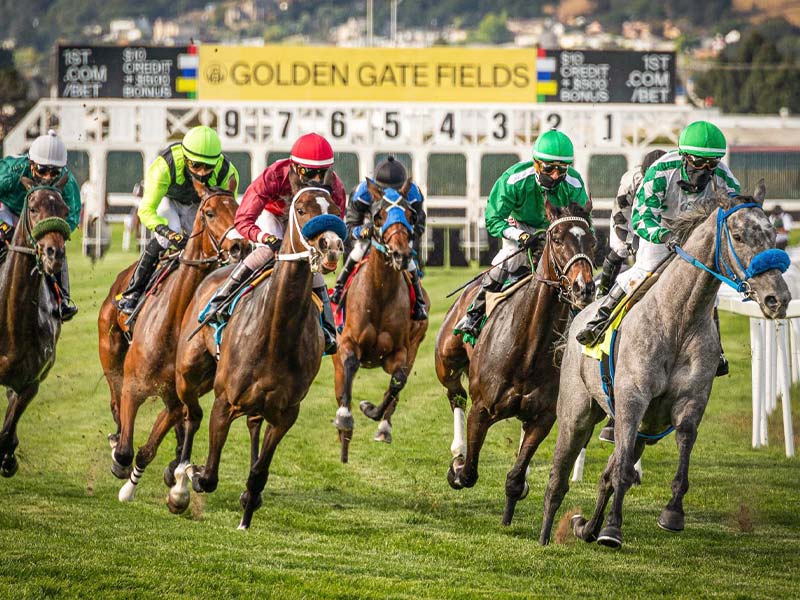 Golden Gate Fields pumps up its Sunday card to 12 races, and the Late Pick 4 for races 9-12 gives reason to give it a long look.That’s what I’ve done this week with an $84 suggested Pick 4 ticket, which is a little higher than usual but seems necessary in this sequence that includes a maiden race, a starter allowance, an allowance, and a claiming race.Here’s a look at the combatants I’m using on the ticket:9th Race (7:15 p.m. ET, maiden special weight)LMLOOKNFORMISCHIEF was runner-up in both starts, first by 2.5 lengths and most recently by a neck.Faith Taylor’s Curlin in Mischief colt is sitting on a win and keeps jockey Pedro Terrero, who is knocking them home at a 19-percent rate.He has been close to fast fractions and put himself into the game at the start, and a ground-saving trip will help.Also on the ticket: BRITTANY BREEZE, NUESTRO ENGREIDO, COWBOY CHARLIE.10th Race (7:45 p.m. ET, starter allowance)ANITANEWMERCEDES has changed his ways lately, most notably because of a change to the turf.Trainer Isidro Tamayo claimed the son of Haynesfield in June and his last two wins have been at the starter allowance level. He’s found a knack for getting to the lead and has held up well in the drive.He’s in a wide-open event, and there are many legit options.Also on the ticket: MISS SUPER SAINT, NOWHERE MAN, RESPECT THE HUSTLE, DIAMOND BLITZ, HONORS MAN, REV REE.11th Race (8:15 p.m. ET, allowance)COOL MOUNTAIN LAD coasted home impressively last out and has taken three of five starts, all for trainer Victor Trujillo.He has a three-for-three record over the strip and has won at 5.5 furlongs (twice) and six furlongs.Will have to tune it up early going five furlongs today, but he’s been close to the pace and can dig in when asked.Also on the ticket: R M C HOOK’EM, SILVER CLAIM.12th Race (8:45 p.m. ET, claiming)CONQUEST COBRA keeps on getting after it and was claimed for $16,000 three races ago and is in today at $4,000, which is unusual since he was second for $8,000 last out at Los Alamitos.He’s won two of seven on All-Weather tracks overall but is winless in two starts over this track. He’s clearly the class, but the drop in price can be reason for concern. In other words, I’m not prepared him to do it alone on the ticket today.Also on the ticket: PURR CAT.Golden Gate Fields 50-cent Late Pick Four:
Race 9) #2 Lmlooknformischief, #5 Brittany Breeze, #6 Nuestro Engreido, #9 Cowboy Charlie.
Race 10) #1 Miss Super Saint, #2 Nowhere Man, #3 Respect the Hustle, #5 Anitanewmercedes, #6 Diamond Blitz, #7 Honors Man, #8 Rev Ree.
Race 11) #1 R M C Hook’em, #4 Cool Mountain Lad, #6 Silver Claim.
Race 12) #2 Conquest Cobra, #4 Purr Cat.
Total Ticket Cost) 2,5,6,9/1,2,3,5,6,7,8/1,4,6/2,4 = $84 for $0.50