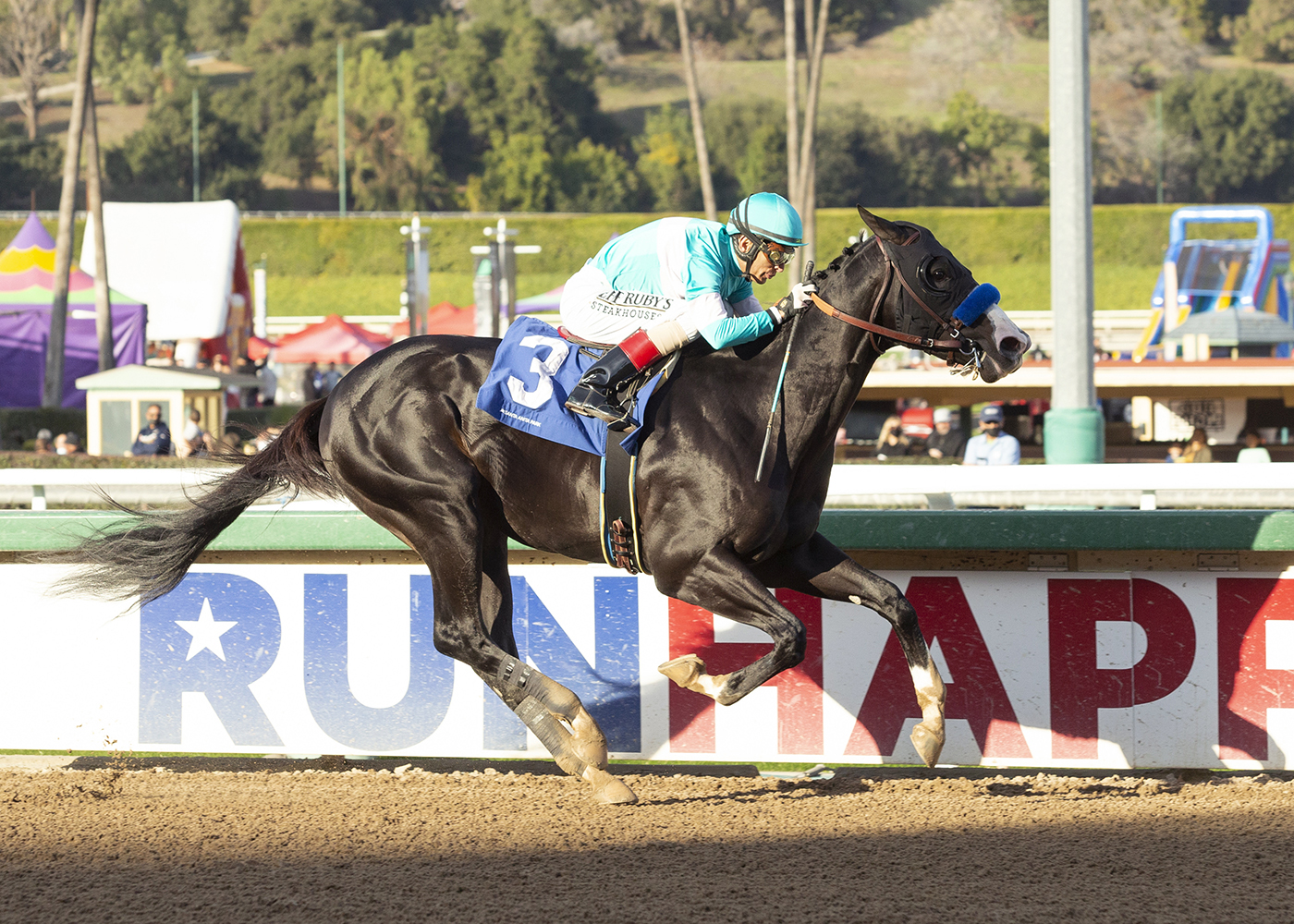 1 – As we all knew it would, the 2022 Sham Stakes for newly-turned Derby-aged colts at Santa Anita last Saturday featured a couple of highly-regarded runners trained by Bob Baffert (we’ll get to them in a bit). Adding in this years’ result, Baffert now has saddled the winner of this race six times since 2014, among them Collected, McKinzie, Authentic, and last year with Life Is Good (who held off Baffert’s “other” entrant, Medina Spirit), each having used the one mile main track affair as a steppingstone to bigger and better things. Come to think of it, that’s a pretty salty list, making one wonder how the Sham Stakes remains stuck at the Grade-3 level. At any rate, as long as Baffert has a dozen or so of the best young prospects in the land in his shed row at this time of the year - whether or not these runners can earn Derby points or not – he’ll always make sure that if you’re planning on beating him in the Sham, you’d better have a legitimate top class, Grade-1 type of prospect. And whenever you think you might have one, rest assured, he’ll have five.

The two colts that Baffert saddled in this year’s renewal finished one-two as expected, with Newgrange remaining undefeated in two starts after strolling on the lead and then holding sway over stable mate Rockefeller in a virtual parade that produced crawling splits of :24 2/5 and :48 4/5 (what, you thought they’d duel each into defeat with a sub :46 flat opening half?). Newgrange (5/2) had won his debut sprinting at Del Mar in late November in such a manner that we strongly suspected he’d come back to win this race over his more fancied barn mate (who left at 3/2) and that’s what happened, but our takeaway is that at this stage neither is even remotely close in terms of talent and potential as the pair that finished first and second last year. The numbers bear this out, as Life Is Good earned a 101 Beyer number when winning the Sham, a figure that is 13 points better than what was assigned Newgrange.


2 – It’s usually difficult to trust form that has been established over an off track, so we’re not quite sure what to make of the visually impressive Dash Attack, perfect in two starts, a maiden win despite a less-than-ideal trip over a wetter-than-good main strip at Oaklawn Park in early December and then, after missing the break, a convincing two length triumph in the listed Smarty Jones Stakes over a track labeled “sloppy” on Saturday. His numbers have been nothing special so far (74 Beyer followed by an 82) and as a son of Munnings he’s no sure thing to get a classic distance, but the Kenny McPeek-trained colt has the look of a quality sort who should develop properly and handle more ground.

McPeek has three other higher-rated Spring Classic candidates, Smile Happy, Tiz the Bomb, and Rattle N Roll – all graded stakes winners at two – but Dash Attack may eventually prove to be their equal. We just have to wait to see him do it on a sunny day.


3 – Getting back to Baffert, his record during the first five days of the Santa Anita winter/spring season has been better than normal for him, which is another way of saying he’s not just winning almost everything, he IS winning everything. So far, during the first five days of the season, Baffert’s record of 21-9-3-4 is even more dominant than it looks when you consider that six of the “losses” came in races in which the stable won with another starter, meaning he’s won nine times (six with maidens) from the 15 races he’s entered.

The most impressive performance of the lot was the 13-length romp by As Times Goes By on Saturday in the La Canada Stakes-G3 for older fillies and mares. The veteran daughter of American Pharoah had never looked sharper in recent workouts, so her demolition of four outclassed rivals wasn’t entirely unexpected. Geared down in the final sixteenth of a mile, the now five-year-old mare earned a Beyer speed figure of 95, four points lower than her career top but a number that leads one to believe she could be among the best in her division in 2022, certainly in the West and perhaps even in all of North America. The Beholder Mile-G1 on March 5 will be next.


4 – We were somewhat surprised to see that the Beyer speed figure assigned to Cash Run Stakes winner Kathleen O. at Gulfstream Park on Saturday was “only” 78. From a visual standpoint, the performance sure looked a whole lot better than that (and that’s without factoring her atrocious start), and the one-turn mile clocking of 1:35 4/5 following quick early fractions of :22 3/5 and :44 4/5 indicated it was a legit fast-early, fast-late type of contest.

Kathleen O. brought $275,00 as the OBS April Sale, a rather substantial sum for a daughter of the young Flatter stallion Upstart (stands for $10,000), so she’s always been highly thought of. After breaking her maiden over seven furlongs at first asking by a head in a race that was race-shape aided and produced a modest 66 Beyer figure, the Shug McGaughey-trained filly was expected to step forward with that bit of experience behind her and an extra furlong to work with. The gamblers knocked her down to 2-1 and this time, instead of getting up close home, she took command with ease at the head of the lane before lengthening out at will for the eight and-half length margin of victory.

Still, we wouldn’t say that Echo Zulu has anything to worry about in the 2022 sophomore filly division. Well, at least not yet.


5 – Later on that same Gulfstream Park Saturday program in the Mucho Macho Man Stakes (the Cash Run’s equivalent for colts), Simplification got away with much softer early splits (:23.3, :45.4) on an easy lead and then proved uncatchable, drawing away through the lane to win by four lengths in 1:35 flat (four ticks faster than Kathleen O’s victory). By way of comparison, the son of Not This Time earned a Beyer speed figure of 90, 12 points better than the filly’s 78.

But which of the two ran the better winning race? Certainly the difference between a 90 Beyer and a 78 Beyer over the same track at the same distance on the same day is substantial. So, why do we believe three months down the road we’d rather be owning Kathleen O.?

Here’s the thing about speed figures. No matter which ones (if any) you use, they must be viewed in the context of how they were accomplished. Simplification’s victory was a product of a pristine trip. Kathleen O’s win was earned despite some serious adversity. It’s all part of the puzzle.