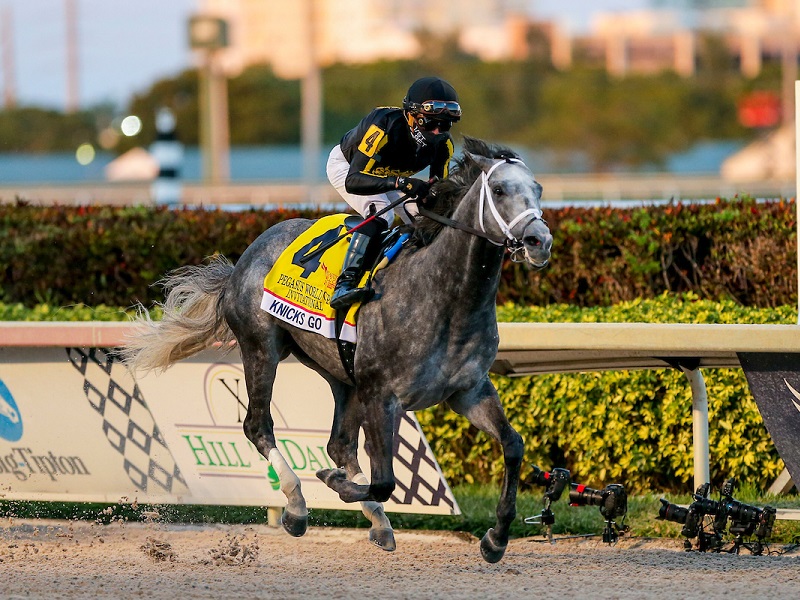 The Brad Cox trainee, who captured last year’s Pegasus World Cup by 2-1/2 lengths, was timed in 1:00.40, the fastest of 57 workouts recorded at the distance at the New Orleans track. Exercise rider Edvin Vargas was aboard.

Sunday’s breeze was the son of Paynter’s second straight ‘bullet’ in a series of eight workouts (seven at Fair Grounds) since capturing the Breeders’ Cup Classic by 2-1/2 lengths at Del Mar Nov. 6.

Knicks Go, widely expected to be named 2021 Horse of the Year next month, is scheduled to ship to Gulfstream Park by van Monday for his final career start in the Pegasus, in which he is slated to clash with Breeders’ Cup Dirt Mile (G1) winner Life Is Good.

“He breezed good and we're really happy with him. We'll check him in the morning (Monday) and if everything is good to go, he'll be on the van and head out at 8:30 a.m.,” Cox said. “We'd like to get him there as quickly as possible; I'm thinking it will take around 13 hours. I'm flying in Monday afternoon, so I'll meet him there and we'll be ready to go.”

The Post Position draw will be held in Sport of Kings at Gulfstream Park and can also be viewed on the Pegasus Facebook page and Pegasus website:

Advance wagering on the entire Pegasus World Cup program will be available on Friday.

The Pegasus World Cup will be nationally televised on NBC from 4:30 p.m. to 6 p.m.