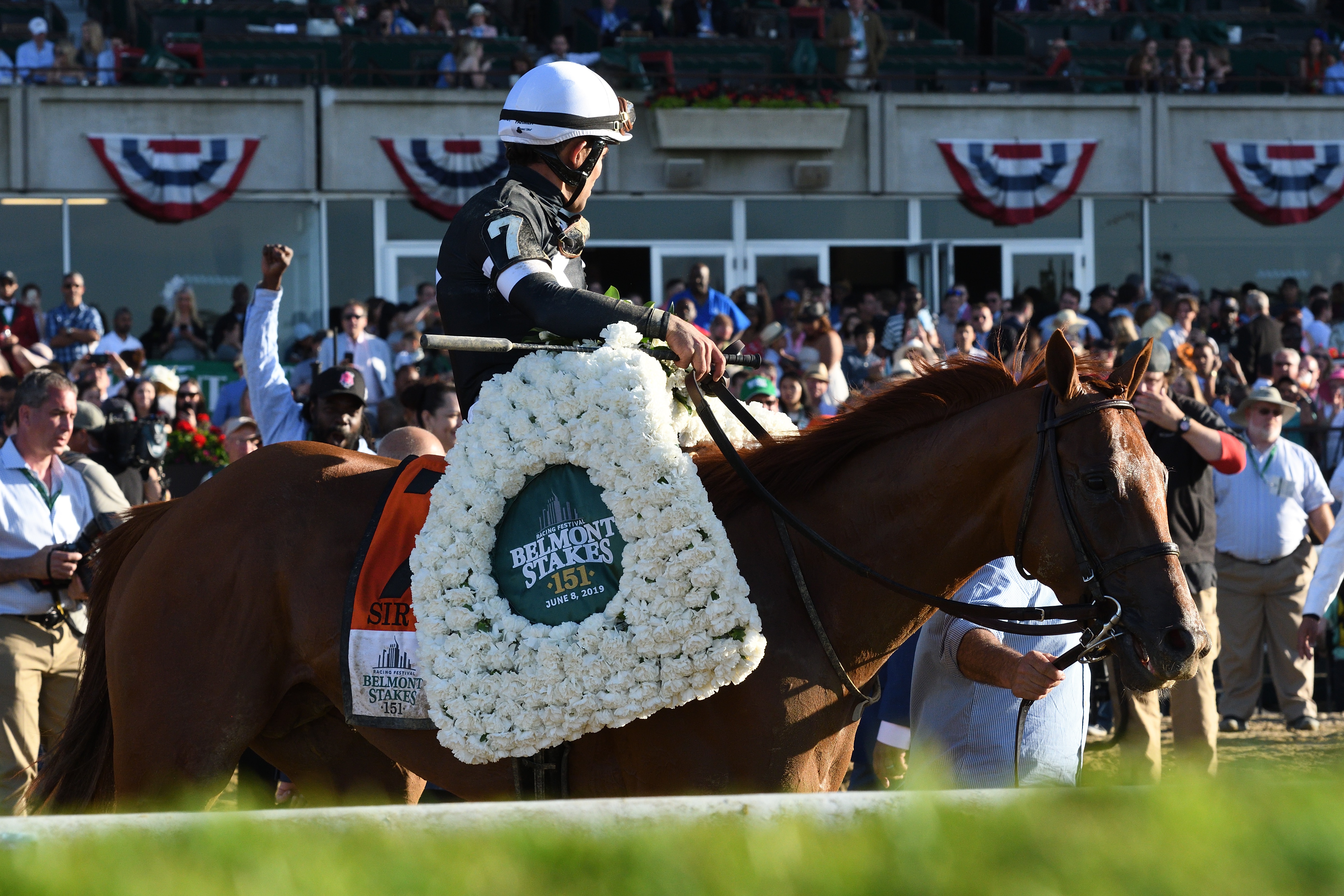 HALLANDALE BEACH, FL – Tracy Farmer’s Sir Winston is on course for a start in Saturday’s $3 million Pegasus World Cup Invitational (G1) at Gulfstream Park 2-1/2 years after achieving his career highlight with a 14-1 upset victory in the 2019 Belmont Stakes (G1).

Among the son of Awesome Again’s victims in the third leg of the 2019 Triple Crown was War of Will, his more celebrated stablemate in the barn of Hall of Famer Mark Casse who was coming off a victory in the Preakness Stakes (G1) three weeks prior.

“I told people before the Belmont, ‘I think you’re missing somebody.’ I said, ‘It wouldn’t shock me if he won.’ He was doing really well,” Casse said. “I kind of feel the same way now. I think he’s really back to himself and doing really well.”

Since prevailing in the Belmont, Sir Winston, who is scheduled to take on likely 2021 Horse of the Year and defending champion Knicks Go and Breeders’ Cup Dirt Mile (G1) winner Life Is Good in a star-studded Pegasus World Cup field, has experienced some rough moments. None proved more costly than a futile trip to Dubai, where the 2020 Dubai World Cup (G1) was cancelled less than a week before the race due to the burgeoning COVID-19 pandemic.

“We took him to Dubai. We were a few days from running and they cancelled the Dubai World Cup. We brought him back and it really knocked him on his rear,” Casse said. “He just didn’t come back the same horse. We ran him a few times and he didn’t run great. We just sent him home to Tracy’s farm and gave him a long time off. He’s come back and has gotten better and better.”

Sir Winston was out of action for just shy of a year but returned to the races a happier and healthier horse for a four-race campaign at Woodbine. The Kentucky homebred won an Aug. 19 allowance impressively, before finishing a close second in both the Durham Cup (G3) and the Autumn (G2). He capped off his very successful season with a victory in the 1 1/2-mile Valedictory (G3) Dec. 5.

“He got a little unlucky in a couple spots. For him to win at a mile and sixteenth, he needs to have a pretty good pace. He needs things to go his way,” Casse said. “He could have easily won a couple more last year.”

Sir Winston, who has produced a solid series of five workouts at Palm Meadows Training Center in preparation of the Pegasus World Cup, has impressed Casse with his enthusiasm during his comeback.

“It’s funny but I think he enjoys his job now more than before,” Casse said. “He’s very professional. He always has been, but he trains better, acts better. This is going to be a heck of a race. Hopefully, we can get a piece of the pie.”

Sir Winston, who has always run his best races at distances longer than 1 1/16 miles, figures to race off the early pace in the 1 1/8-mile Pegasus, well behind Knicks Go and Life Is Good, the front-running winner of the Breeders’ Cup Dirt Mile (G1).

“It looks like there will be some serious pace. Obviously, he needs a lot of things to go his way,” Casse said. “He’s feeling really well, and we believe he deserves a chance.”

Sir Winston broke his maiden Sept. 12, 2018 in his third career start following off-the-board finishes in a Churchill Downs dirt sprint and a two-turn turf race at Woodbine, scoring in a dead-heat in a mile-and-70-yard maiden special weight race over Woodbine’s all-weather surface. He concluded his juvenile campaign with a victory in the Display Stakes at Woodbine, encouraging Casse to try him on the Road to the Kentucky Derby.

Following out-of-the-money finishes in the Withers (G3) at Aqueduct, Tampa Bay Derby (G2) and Blue Grass (G2) at Keeneland, Sir Winston didn’t merit a start in the 2019 Kentucky Derby (G1), but he did earn a start in the Belmont Stakes (G1) with a second-place finish in the Peter Pan (G3) at Belmont.

Although War of Will faltered in the 1 1/2-mile Belmont to finish ninth, Sir Winston stepped up to put Casse in the winner’s circle, closing from off the pace to win by a length over favored Tacitus.

Casse is hopeful that Sir Winston will be able to pull off his second big upset 2-1/2 years later in the Pegasus World Cup.