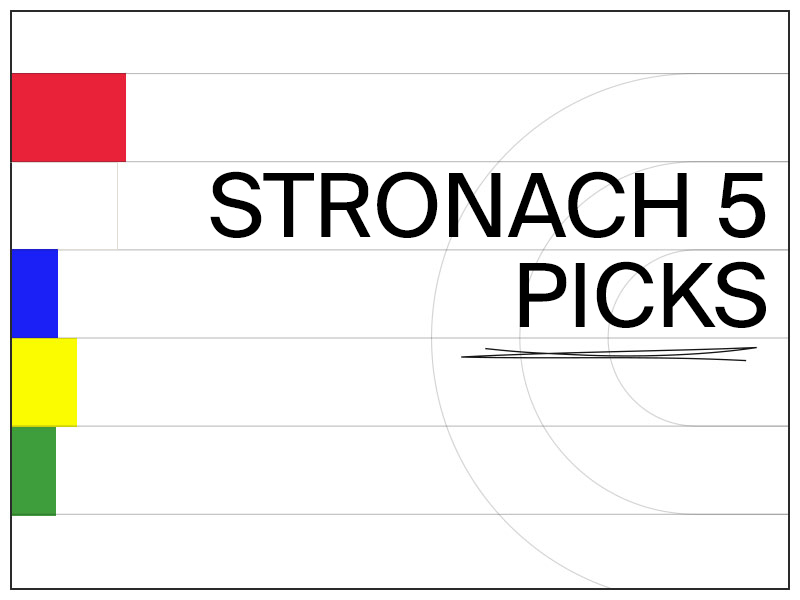 The Stronach 5 returns this Friday, Feb. 11, and its past performance lines say it's worth playing. The $1 wager paid more than $43,000 in three of the last eight weeks it was offered. This week's sequence encompasses races at four tracks with 44 total entries, so it could produce another big payout. Here's an early look at the action, with an update to follow Friday after scratches:

LEG A:(Gulfstream Park, race 8, 4:11 EST) -- KOZY DREAMS rallied for second off a 2-month layoff, gets an extra half-furlong and a ton of pace to rally into and should offer some value in the leadoff leg. ALECKA STAR will get most of the attention despite sitting idle since a smashing first-out victory in September. She beat two next-out winners by 14-1/2 lengths.

LEG B:(Laurel Park, race 9, 4:11 EST) -- MUST BE LOVE rushed up between rivals early, settled nicely into second, took command at the top of the stretch and tired late to finish third in a heavily-bet debut. SCINTILLIO unwound too late as the favorite in his second start, but he raced willingly in the stretch, galloped out in front and gets Lasix today. FULL OF MISCHIEF, 15-1 on the morning line, took money but back-pedaled in his last two starts, now enters a 40-percent claim barn and gets Lasix.

LEG C:(Santa Anita, race 3, 4:37 EST) -- SMUGGLER'S RUN, in tight behind the dueling leaders in a 6F turf stakes, was shut off with run in mid-stretch and not persevered late. He is a half to multiple grass stakes winner and graded-placed Grecian Run and is re-united with Prat, who was aboard for an odds-on, debut romp. MOOSE MITCHELL rallied into a fast pace and won going away in a 6F main-track sprint before faltering in a pair of longer Cal-bred stakes in the fall. The son of stakes-placed turfer Danzig Candy gets in light-weighted and gets Lasix for his seasonal debut. WHO'S CANDY dueled and held second at 43-1 in his first start on turf, went wire-to-wire from post 10 in his second start and could take some catching again.

LEG D:(Golden Gate, race 3, 4:53 EST) -- Morning-line favorites LASSIE CAT and SAVAGE LOVE share similar profiles. They exited the same race two back won by Dress Rehearsal, who improved to 2-2 on the Tapeta surface with a next-out, starter allowance victory. They were separated by a nose in a $25,000 maiden claimer at 6F last out. Their pedigree suggests they could handle the one-mile distance, as Lassie Cat is half to two-time mile winner Sameeha and Savage Love's dam was stakes placed at the same distance.

LEG E:(Laurel Park, race 10, 5:00 EST) -- PAY THE KID is worth using as a longshot play in the final leg of the sequence. He was eased in his first start for a high-percentage claim barn, but he has a win at the distance, a good Laurel Park record and a willing 6F try at this level two starts back in the slop after he was roughed up in the early going. PAINT MUSIC FOR ME cruised up 4-wide on the final turn, then was put to a drive and caught the loose leader in the last jump at one mile. STRAIGHT UP GUY replaces the scratched SHOULDA HAD IT on the ticket. He ranged up into winning contention on the class drop to this level but flattened out in a one-turn mile; however, both of his wins are around two turns.