Harness Highlights: Resolve Looks to Get Bite Back in International Trot 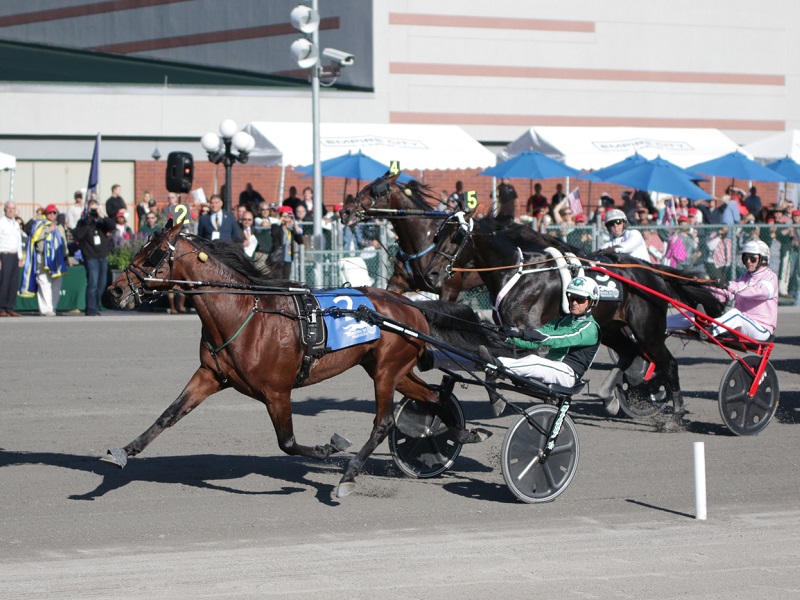 Defending champion Resolve will need plenty of it to repeat in this Saturday's $1 million Yonkers International Trot at Yonkers Raceway.

Resolve went wire-to-wire in a world record time of 2:23.4 last year, but he enters this year's 1-1/4-mile test off a disappointing seventh-place finish in the September 8 Maple Leaf Trot, when it was revealed he suffered from a snake bite prior to the race.

“The vet had to give him some antidotes, which was pretty strong. I told my trainer (Ake Svanstedt) to let him rest,” said Resolve owner Hans Enggren. “In the meantime, he was rested, was treated. He has trained almost up to normality."

If Resolve doesn't repeat, In Secret will carry the U.S. hopes in its bid for a 17th victory in 39 runnings of the International Trot. In Secret (George Brennan) has won 6 of 12 races -- including six in a row -- since he arrived at Yonkers in February for Ron Burke, North America's leading trainer.

Italy and Finland are the only other countries with two entrants in the 10-horse field.

Italy's Oasis Bi (Kim Eriksson) rallied for second behind Resolve last year and has since surpassed $2 million in lifetime earnings. Twister Bi (Christoffer Ericsson), who won the Group 1 Oslo Gran Prix in June, hails from the barn of Jerry Riordan, who trained in the U.S. in the 1980s and 90s.

Finland's bid for a first International Trot victory rest with Midnight Hour (Iikka Nurmonen), who raced in three heats and won a race-off in the finals of the Aby Stora Pris Stakes, and Woodland (Tim Tetrick), who sports a 25-64 record.

Canada will be represented by 2016 Trotter of the Year Marion Marauder (Scott Zeron), who won the Yonkers Trot last year en route to winning the Triple Crown.

France's Dreammoko (Gabriele Gelormini) will try to upstage his sire, Timoko, who finished second in the 2015 International Trot.

On Track Piraten (Johnny Takter) will carry Sweden's colors for a third consecutive year. He finished a fast-closing fourth in 2016.

Trainer-driver Jeppe Juel said on his Facebook page that "everything is in the most beautiful order" since Denmark entrant Tripolini VP arrived in the U.S.

The International Trot will be the eighth race on an all-stakes card that begins at 1 p.m. The first six races will be New York sire stakes championships. Total purses for the 11-race card are a Yonkers record $3.3 million.