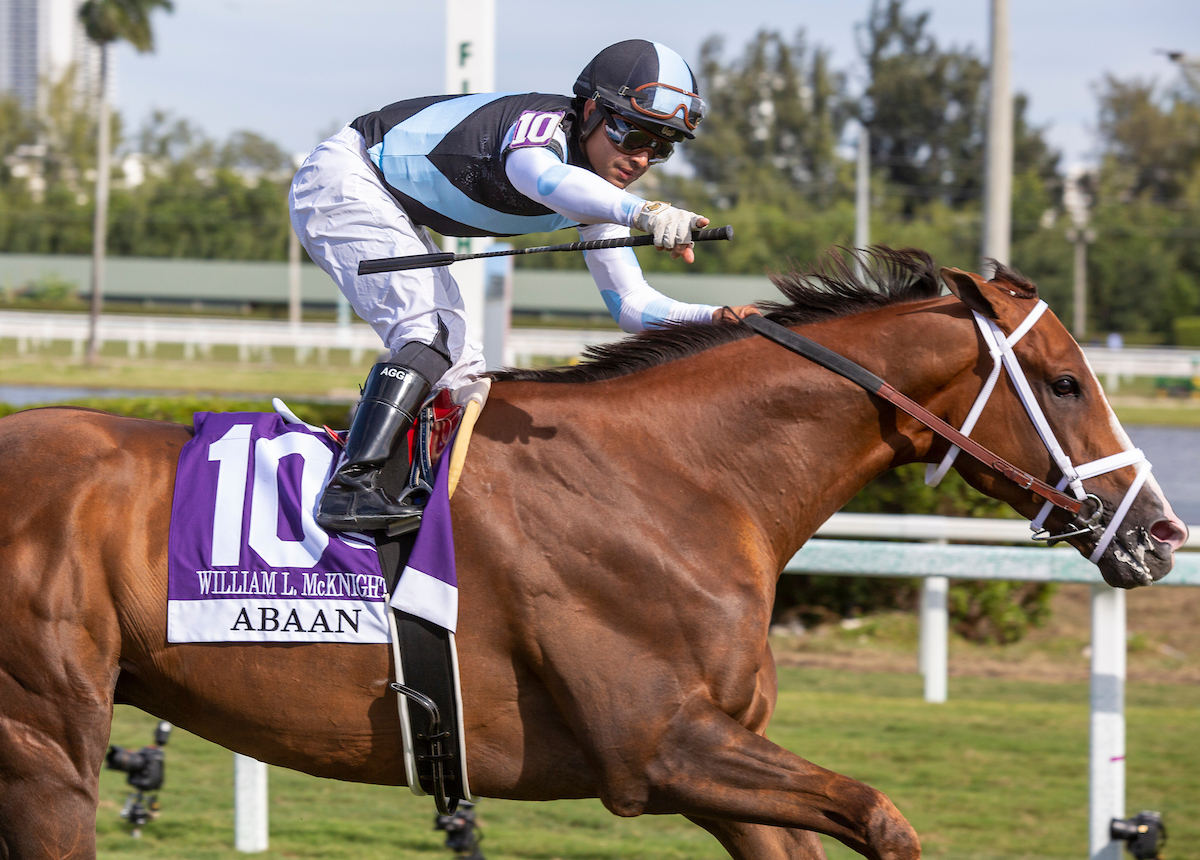 We dial in your daily guide to 1/ST BET and Xpressbet promotions, along with pertinent handicapping hints as you plan your attack. Saturday's 13-race Gulfstream Park card is co-host to the inaugural 1/ST Saturday in March, which also joins key stakes races at Santa Anita in featured pick five wagers.

Handicapping Hint: 12 entered, including several familiar foes that have repeatedly faced one another. The 1-2-3 finishers from Feb. 10 Race 8 re-match, a good opportunity for video study. You’re Killing Me looks for a repeat, claimed last out by the recently hot Mike Maker barn.

Handicapping Hint: 15 entered, while only 3 in the main body of 12 runners has ever made a start. Utilize the free XBTV workout video library for more study. Rookies from Brown, Pletcher, Mott and McGaughey will be interesting to follow on the toteboard. Eyeball pre-race looks and paddock commentary as well.

Handicapping Hint: 7 entered, topped by likely heavy favorite Never Surprised, last seen second in the G1 Pegasus World Cup Turf. Unless French export Mouillage is the goods for Chad Brown in his first start since September, Never Surprised will be a single on many early pick four/pick five tickets.

Handicapping Hint: 16 entered in the colts’ counterpart to Race 2. Half of the 12 in the main body of the field will be making career debuts. This race is loaded with regal pedigrees, big barns and potential. Utilize the free XBTV workout video database for more study. Eyeball pre-race looks and paddock commentary as well as the tote.

Handicapping Hint: 9 entered, featuring a 1-2 rematch from the Jan. 29 G3 La Prevoyante Stakes. Beautiful Lover and Sorrel were separated by only a head in that one over a furlong farther in distance. Fresh faces to the cast look to provide highly legitimate opposition.

Handicapping Hint: 7 entered in which 4 runners enter off of at least 2-race winning streaks. Girl With A Dream has the most recent of those scores and fastest in terms of speed figures, but it’s uncertain whom will go favored. Nearly all of these will be meeting for the first time.

Race 8 (3:40 PM ET)
Up to a $10 money-back special on win bets if they finish second or third.
Gulfstream Jackpot Rainbow 6 begins.

Handicapping Hint: 10 entered and all eyes will be on the return of Triple Crown winner Justify’s younger half-brother Stage Raider. XBTV’s free video workout library has 5 of his morning drills catalogued to view, important since he’s been away since last May. The big-name field includes last year’s Florida Derby runner-up Soup and Sandwich as well as ’21 Championship Meet steam sophomore Prevalence. Both name players are looking to bounce back off disappointing runs.

Handicapping Hint: 9 entered, featuring a 1-2 rematch of the G3 Fred W. Hooper, where Speaker’s Corner went wire to wire and turned away the rally of favorite Fearless. The early speed of fresh face Injunction and the come-backing Ny Traffic could change the pace dynamics.

Handicapping Hint: 11 entered, but only 2 trainers represent 8 of the contenders – Mike Maker (5) and Todd Pletcher (3). Pletcher’s front-running Abaan will benefit from the rail with the start close to the far turn. Maker’s Temple and Media Blitz were 2-3 trying to catch him to no avail last time at a furlong farther in distance. Abaan was 3-2 favorite in the McKnight and likely similar, if not shorter, here.

Handicapping Hint: 13 entered with on obvious favorite. Lia Marina and Opalina exit stakes wins at the meet, but 1/2-length and 3/4-length margins in those victories make this look competitive. This race anchors all the late-day Gulfstream multi-race wagers and appears wide open. If you can narrow the field and have a strong opinion, it’s the kind of race that could separate you from the betting pack in ticket construction.