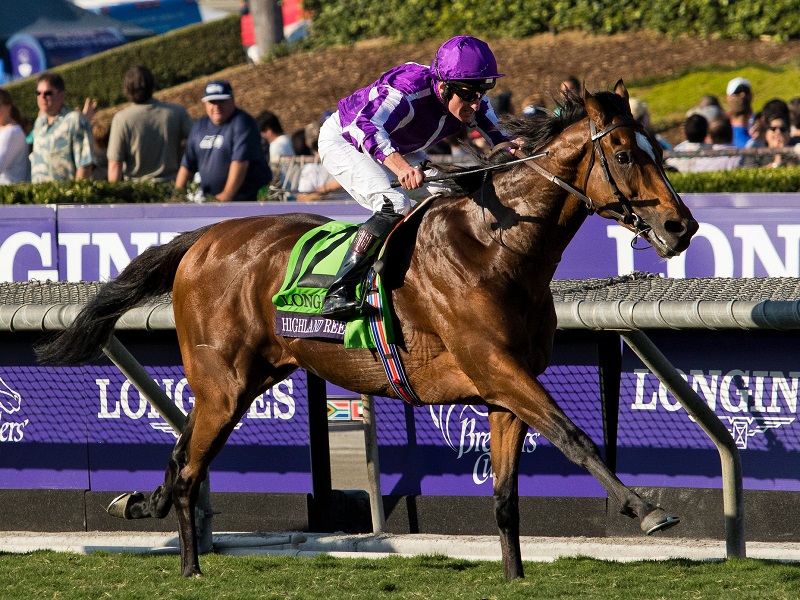 Defending champions abound heading into the 2017 Breeders’ Cup, including marquee headliner Arrogate in his quest for consecutive Classics. But he’s just one of five title defenders and potentially seven or eight former BC champs who could see action Nov. 3-4 at Del Mar. Overall, Breeders’ Cup race winners have returned to nab 21 subsequent championship titles – including 15 of them in the same division the very next year.

Here’s where the rinse-and-repeat hopefuls sit as the Cup approaches.

ARROGATE is 2-for-4 this year at age 4 in varying degrees – from flat-out awesome to what-the-heck-was-up-with-that? Questions abound if he despises Del Mar or if he’s never been the same since his Dubai World Cup dazzling rally. Either way, your guess is as good (or bad) as mine. Anyone who confidently sits on either side of the fence with this horse is probably the last one upon whom you want to listen. Tiznow is the only Classic repeat winner to date.

HIGHLAND REEL also is 2-for-4 this year with some similar inconsistencies to Arrogate. His G1 Coronation Cup and Prince Of Wales’s Stakes wins were as good as he’s ever been. He was only 2-for-9 by the close of 2016, so consistency never has been his calling card. If he’s his good self, he’s going to be tough at Del Mar. Both Turf repeaters all-time (Conduit and High Chaparral) were from Europe.

QUEEN’S TRUST scored by a nose last year at 8-1, but she’s lost 5 in a row since then. She still has Lady Eli to tackle and that may be an increasingly more difficult thing to do. And, she was short of Rhododendron and Hydrangea to overcome from their Chantilly result last out.  Defending champs are 0-6 in this division all-time and it’s an uphill climb here to see that change based on current form.

Bob Baffert knows about defending a Sprint title, having done so with Midnight Lute. What’s even more important, perhaps, is that Midnight Lute had an abbreviated campaign in the return year just like DREFONG. The predecessor had only one disastrous prep on the season, while the current vintage has had 2 preps this year including the disaster at Del Mar when dumping the rider. It’s hard to dismiss Drefong’s chances at this second bid.

While FINEST CITY has had a solid season cashing checks, this 5-year-old is only 1-for-5 this year and brings a 4-race losing streak into the Cup. To be fair, she lost 3 in a row before last year’s 8-1 upset and is running very similar figures coming into her defense. She’s run well at Del Mar, and that won’t hurt, but curiously didn’t appear there this summer and hasn’t been out in any race since July 8. Groupie Doll is the only of 6 defending champs to succeed in this division.

Last year’s champions who are no longer active include winners of the Mile (Tourist), Turf Sprint (Obviously – But maybe Mongolian Saturday, the ’15 winner, will return), Distaff (Beholder – But Champagne Room could go here off her Juvenile Fillies win), and the Dirt Mile (Tamarkuz).