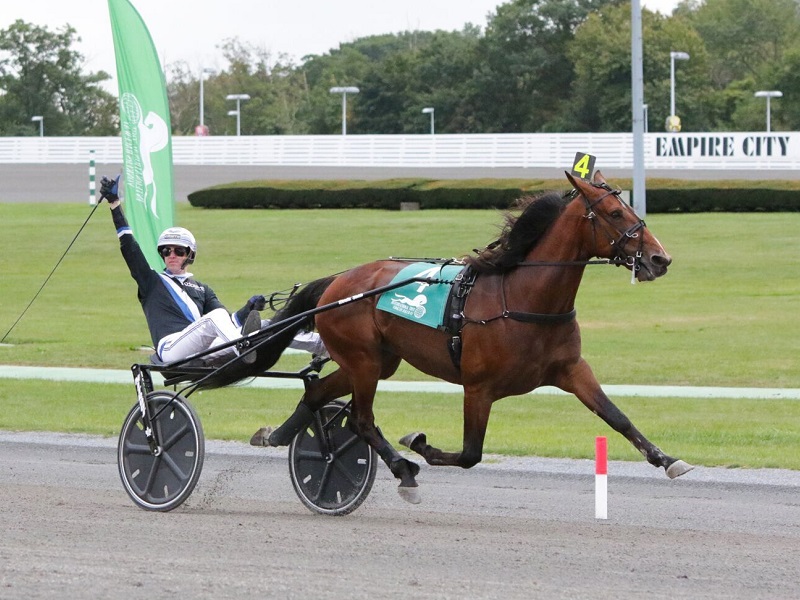 He tracked defending champion Resolve (Ake Svanstedt) while first-over for 3/4s of a mile before making a breathtaking move to command. He won by 5-1/2 lengths in his first start on a half-mile track and could have won by more if driver Christoffer Eriksson didn't gear down the 5-year-old gelding late.

“He was feeling unbelievable," said Ericksson. "I didn’t want to push him too much in the beginning, in the first turn, to see a little bit how he’s working the first time. I wanted to stay close to the front so I can see how he was feeling."

Twister Bi, who won the Group 1 Oslo Grand Prix in June, won for the 21st time in 50 starts and became the second Italian-bred champion in 39 runnings of the International.

"He is just a tremendous horse," said winning trainer Jerry Riordan, who campaigned Standardbreds in the U.S. in the 1980s and 90s. "You get stressed about alot of things in a big race like this, but more than anything, I just wanted everybody over here to see how good he is. He's a whole nother breed of cat."

He didn't fool the betting public, who dismissed Twister Bi at 2-to-5 odds. Oasis Bi (Kim Eriksson), who settled into the pocket early before Resolve back-pedaled on the lead, almost gave Italy a 1-2 sweep. He angled around Resolve near the one-mile mark into second, only to be passed in the final 16th of a mile by Canada's Marion Marauder (Scott Zeron), last year's Trotting Triple Crown winner.

The International Trot was the featured race on all-stakes card that featured $3.3million in purses.

Ron Burke, the leading trainer in North America, won a pair of $250,000 races. All Bets Off (Matt Kakaley) made a sweeping 3-wide move and nipped Keystone Velocity in the closing yards to win the Dan Rooney Invitational Pace, while Crazy Wow (Yannick Gingras) posted a front-end score in the Harry Harvey Invitational Trot.