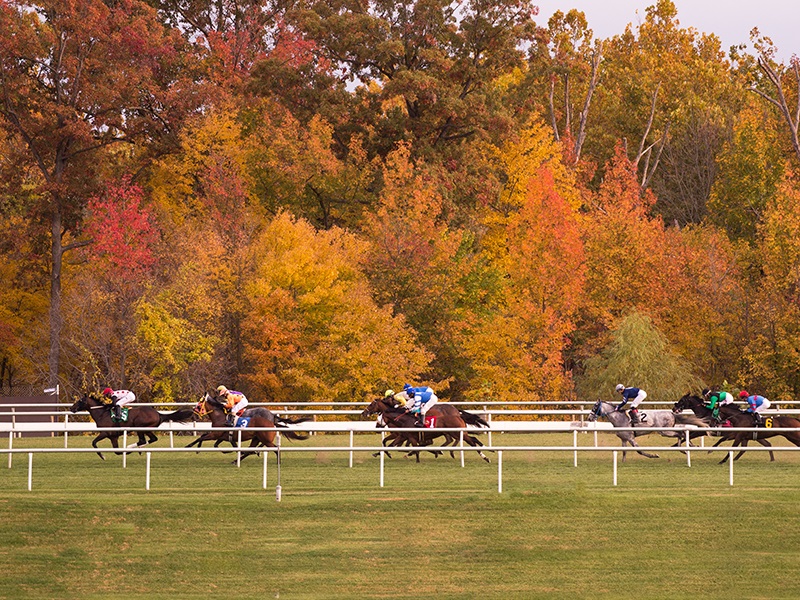 Not sure what to bet this weekend?  I hear you.  With all of the best horses finishing up their preparations for the Breeders’ Cup (shameless plug – you can watch all of the workouts at XBTV.com), we’re left with a little ‘less than the best’ this Saturday and Sunday.  And while that may be the case, I highly recommend checking out the ‘state bred’ showcase days in Maryland and New York.  Empire Showcase Day in the Big Apple highlights the best NY-breds, while Maryland Million Day at Laurel is all about Maryland-bred or sired horses.  My main focus Saturday is there, and I’m especially eager to take a stab at their ultra-lucrative 12% Takeout Early and Late Pick 5.

Based on current form, Blue Moon Ace is probably the best horse racing at Laurel on Saturday.  He just finished second – beaten by only a neck – in the G3 Frank J. DeFrancis Memorial Dash in his last start and won Timonium’s $100K Coalition Stakes two back.  In the DeFrancis, he finished ahead of Whitmore, who went on to win the G3 Phoenix at Keeneland.  I like his outside draw and think he’s worth singling in multi-race wagers.

I’m willing to take a bit of a chance on this filly under the assumption that #12 Enchanted Star and #14 Frechette don’t draw in off the Also Eligible list.  Pearl Gem turned her debut into a runaway 2 ¾-length score and I’m often enamored with first time starters that win from off the pace at sprint distances.  It shows me that their head is in the game and that they can handle some dirt getting kicked in their face.  This race is loaded with speed and my pick should be moving well late.  Also, while Katie Davis opted to ride #10 Margie’s Money instead of Pearl Gem, I actually view the rider change to Alex Cintron as an upgrade.

This is the second time Spartianos will try the Maryland Million Turf, with last year’s run resulting in a solid second behind the regarded MD-bred, Phlash Phelps.  This son of Not For Love only knows one way of running – to the front early – and he seems to benefit from a lack of speed horses signed on.  If they let him get away early, he’s going to be tough to reel in again late (again).  He’s not the best horse in the race, but the chips may fall into place for him.

Local race fans will be watching #1 Admirals War Chest as he goes for an unprecedented third consecutive win in the Maryland Million Classic.  But while he’s the right sentimental story, John Jones is the right horse to bet in the race.  He’s won 5-of-7 races since being claimed by Lacey Gaudet, including a perfect 4-for-4 mark on the Laurel dirt.  In his only start of 2017, he finished a closing 4th in an open allowance turf sprint at Belmont where he was racing against the likes of Undrafted, Blind Ambition and Take Cover.  He should relish a return to Laurel and the dirt, and appears poised to reward his connections with another big win on Saturday.

This is a wide-open race and feels like a great opportunity to take a stab at a price horse.  Who better than Sommer Something, who was just claimed by Wayne Potts?  Potts’ runners score at 23% in their first start since being claimed, and this filly has won three races in a row at Laurel and is 6-for-10 on a fast dirt track.  Never discount horses that love to win races, and this filly is definitely that type.  It’s also worth noting that she gets in light.  She’ll carry only 111 pounds on Saturday, significant less than the favorite, #7 Miss Nosy, who will tote 119.