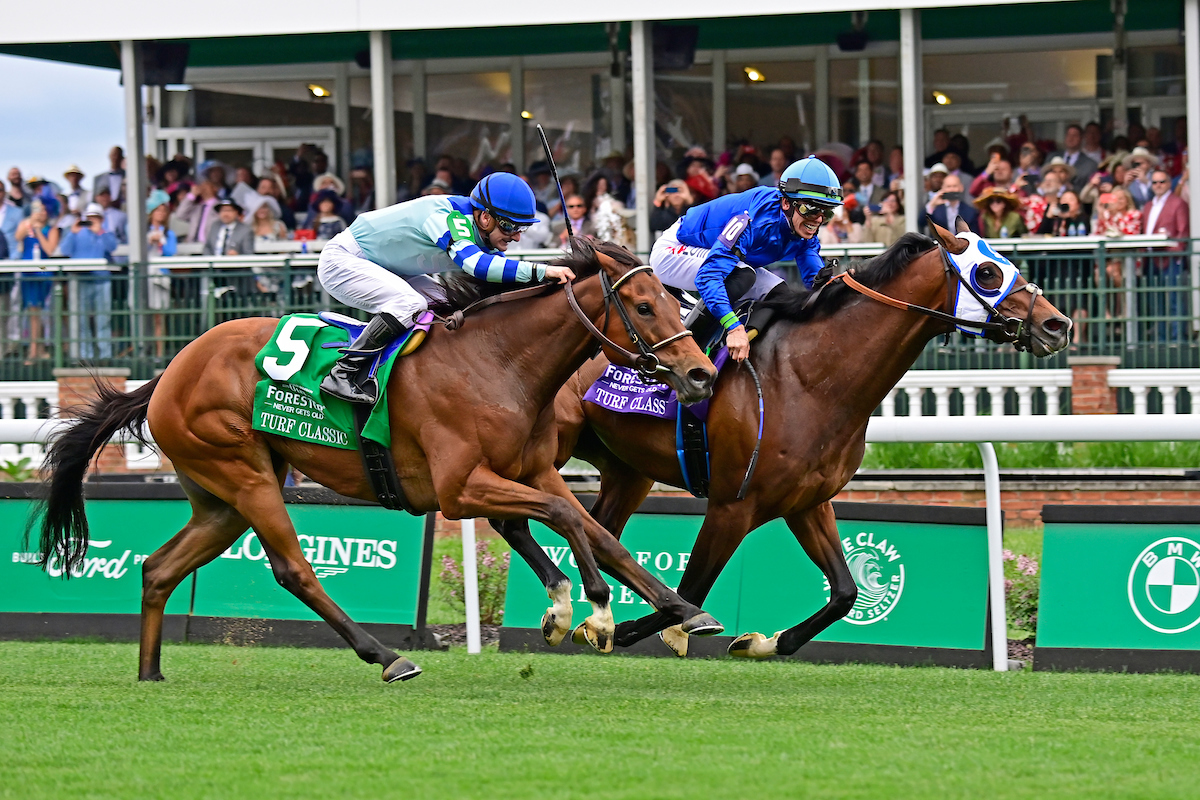 Bettors playing the Arlington Million with 1/ST BET and Xpressbet can take advantage of $10,000 in Hit & Split bonuses surrounding the day’s key bets and races.

Parent company Churchill Downs, Inc., which ceased operations at Arlington Park at the end of last summer’s season, has moved the Chicagoland’s most historic race to Louisville for the first time. In the interim, Churchill Downs proper has struggled with its new turf course during the 2022 spring-summer meet and beyond, cancelling grass racing the final days of that stand. Originally, 4 turf stakes were planned for this Saturday, but concerns over the course continue and resulted in a trimmed offering on grass. The co-featured Beverly D. drew 5 entries.

The Arlington Million shortens in trip to 1-1/8 miles from its traditional 1-1/4 miles, bringing it in closer competition with Saturday’s same-day Grade 1 Fourstardave at a mile on turf at Saratoga. The distance certainly helps lure Smooth Like Strait, who figures to show speed in the Arlington Million along with front-running Megacity. That they leave in posts 4 and 5, respectively, could ratchet the competitive fires and increase the pace tempo. Santin and Field Pass (post 3) figure to be sitting in the second flight with a chance for the first-over run.

For more Arlington Million coverage visit news.1st.com and the blog section at Xpressbet.com throughout the week.