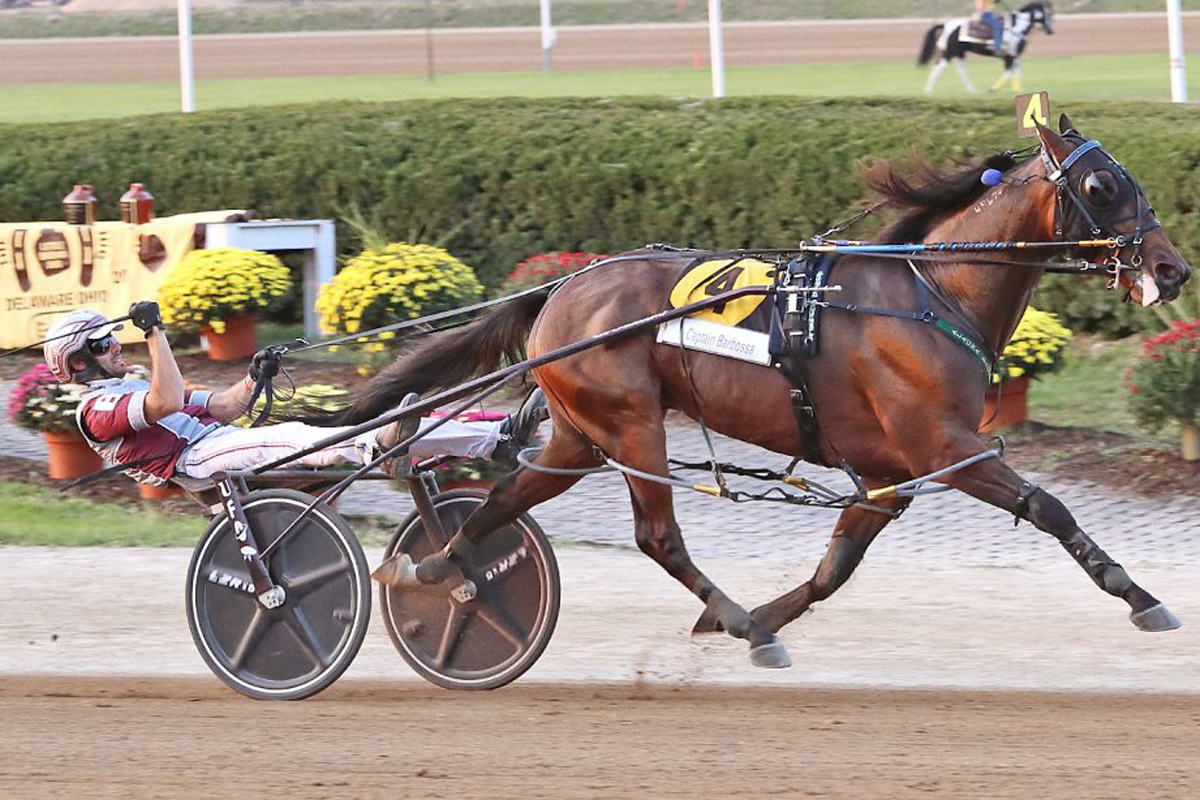 The field for the 77th edition of the Little Brown Jug will start with 11 entries. On Thursday afternoon there will be two elimination races with the top four finishers competing later in the Jug Final which has a $541,550 purse.

The field for each elimination race is listed below in post-position order, including program odds, with drivers and trainers.

1-Atlas Hanover (5-1)-(Anthony MacDonald/Jason McGinnis)-Two drivers who were born on Prince Edwards Island, Anthony and Mark MacDonald will be competing for Brown Jug bragging rights today for connections north of the border. This colt is owned by the popular Stable.ca. This son of Captaintreacherous has won 3 of 12 this year and is probably considered a longshot to advance to the Jug Final.

2-Bythemissal (8/5)-(Chris Page/Ron Burke)-After making only one start as a 2-year-old this son of Downbytheseaside has flourished this season. This year's winner of the Adios Pace and Milstein Memorial has lifetime earnings of $537,750. This Ohio bred could become the first Jug winner from that state since BJ Scoot in 1988. The connections have paid a $45,000 supplemental fee to be eligible to compete for the Jug. Winner of 8 of 10 this season and 9 of 11 lifetime looks like the one to beat.

3-Market Based (7/2)-(Andrew McCarthy/Nancy Takter)-This son of Sweet Lou started the year with two wins but has had a bumpy road since. Will add Lasix for the first time after qualifying with it on 9-11 in a snappy 148.4 at Lexington. The Takter pupil is a wild card. Shows more speed than most but broke at the start in the only race on a half-mile track at Yonkers back on 6-24.

4-Greatest Ending (7/2)-(Mark MacDonald/Dr. Ian Moore)-This son of the great Somebeachsomewhere is trained by Dr. Ian Moore who captured this event back in 2008 with the very talented Shadow play. Usually is in the hunt hitting the board in 8 of 11 in 2022 with 4 wins but does come off a sick scratch on 9-10.

5-Night Hawk (7/2)-(David Miller/Brian Brown)-One of three entries today for the fine conditioner Brian Brown. My take is this son of Betting Line has the best chance of the Brown pupils to win it all. David Miller will be looking for his sixth Jug win and Brown will be seeking his first Jug Trophy. This colt has hit the board in 9 of 12 this season with 4 pictures.

1-Birthday (3-1)-(Ronnie Wrenn Jr./Ron Burke)-Ronnie Wrenn takes the lines once again for trainer Ron Burke. This gelding can race near the top of the stack and has a nice closing kick coming off cover. Should be in the mix at the wire with a sharp steer and looks like a qualifier for the big dance later today. Does have a race over this surface and cashed a 2nd place check.

2-Gulf Shores (5-1)-(Yannick Gingras/Brian Brown)-Downbytheseaside 3-year-old banked over $490,000 in 2021 but hasn't had the same success this year. Recent form has been dull but there have been excuses. A couple of outside draws and the last two starts have been on an off-track. Driver Yannick Gingras has had half-mile track success with this Brown pupil in the past. Maybe it's time for a wake-call.

3-Fourever Boy (9/5)-(Dexter Dunn/Tim Twaddle)-The son of Sweet Lou comes off two straight wins in the Simcoe Stakes and Pennsylvania Sires Stakes Final. This Tim Twaddle pupil has returned to top form since the arrival of Dexter Dunn who took the lines four starts back. The program chalk should be tough to beat.

4-Six Feet Apart (6-1)-(David Miller/Brian Brown)-Had been idle since 6-24 and came off the bench at Lexington with three flat races. Goes back on Lasix here and will need to battle hard to qualify for the Final.

5-PJ Lou (15-1)-(Mike Wilder/Mark Harder)-This Harder trainee has been a big longshot when facing top competition all year. That will be the case once again and probably will be watching not racing in the Jug Final.

6-Pleaseletmeknow (3-1)-(Matt Kakaley/Travis Alexander)-This homebred son of American Ideal was also a $45,000 supplemental entry. Two recent winners, Wiggle It Jiggleit in 2015 and Courtly Choice in 2018 were also supplemented to compete in the Jug. This year's New York Sires Stakes champ has earned $396,647 capturing 8 of 12 starts this season and is on a two-race winning streak. When this gelding gets good, he can stay that way and should be a player in the Final.