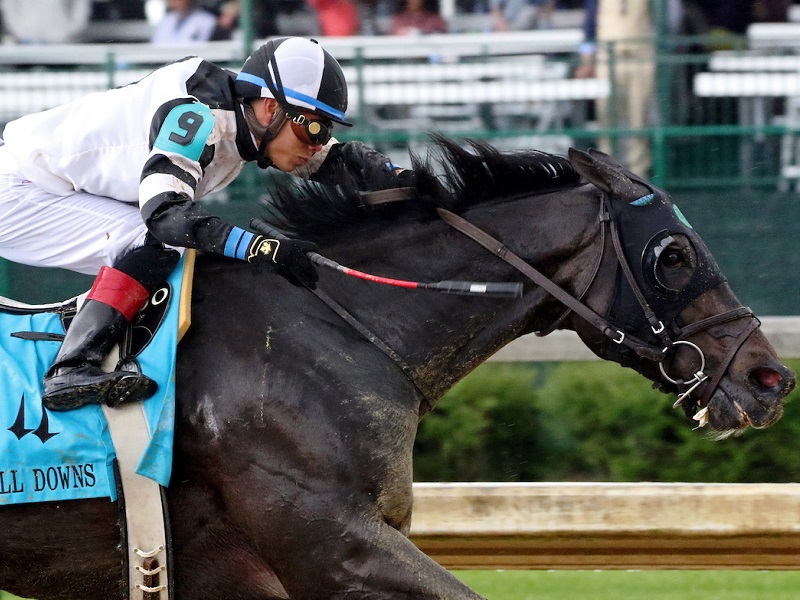 Well, I already know what you’re thinking…this is a weekend I can take off.  After all, there’s only one (one!) graded stakes race on the docket.  But guess what…racing doesn’t work that way.  In this game, every race is the big one for bettors savvy enough to solve the puzzle.  And with those great betting opportunities at every turn, I highly recommend giving this weekend a look.  Here’s the stakes schedule:

And here are my spot plays for the stakes races.  I don’t have something for all of them, but here’s enough to get you started.

Bet On Sunshine Stakes
Looking for a lock in your early Pick 4 or Pick 5?  I think you’re good to put your faith in Limousine Liberal, who loves Churchill (4-for-6) and remains in top form, as evidenced by a close-up 3rd last out in the Grade 2 Phoenix at Keeneland.  He won the Grade 2 Churchill Downs Stakes here on Derby Day this year and also scored in the Grade 3 Aristides and ungraded Kelly’s Landing at Churchill.  He’s got a perfect outside post and should take them right to the winner’s circle.  The price isn't sexy, but a 'W' is a 'W,' right?  Maybe we can get a price beneath him in the Exacta or Trifecta.

Artie Schiller Stakes
I’ve believed for months that Delta Prince, a half-brother to Royal Delta, Crown Queen and Khozan, is one of racing’s next breakout stars.  He’s blown through his first two allowance conditions, but is 0-for-2 in stakes races.  That can all change Saturday, as he meets a modest field in the $150K Artie Schiller, where the only logical threat is the veteran, Blacktype.  If Delta Prince can beat that one, he should have this field right where he wants it.

Cardinal Handicap
Reports out of Churchill Downs are that the talented Dona Bruja will only run here if the course is to her liking, so keep that in mind if the course comes up wet.  Toss her last race – she was stuck way too far behind a ridiculously slow pace – and she is far and away the class of this field.  At this time last year, I thought Linda was going to become a runner, but she has been awfully disappointing thus far, compiling an 0-for-6 campaign with two losses at odds-on.  Beauly finished just a 1 ¼-lengths behind War Flag, Dacita and Grand Jete (all of whom went on to the Breeders’ Cup) in the Grade 1 Flower Bowl and is the right one to use to fill out your Exacta.  Even though Dona Bruja is the chalk, I think you've got value beneath her, especially since Linda appears to be as vulnerable as they come.

Desi Arnaz Stakes
The dichotomy in wagering for the Desi Arnaz Stakes may be interesting, as Bob Baffert’s Dream Tree and Bill Spawr’s Midnight Bisou figure to be viewed remarkably similarly by the betting public despite having nearly an identical resume.  The two were separated by just a nose in their respective debuts on October 27 at Santa Anita, with Dream Tree (4/5 odds that day) barely holding off Midnight Bisou’s late surge at 21/1 odds.  Dream Tree was a $750,000 auction purchase, goes out for one of the most respected barns in racing and is a son of hot young stallion, Uncle Mo.  On the other hand, Bill Spawr lacks Baffert’s recognition and only cost $80,000 at auction (still a healthy sum), but was obviously dismissed on debut.  For my wagers, I’ll use both in multi-race bets and give the slight odd to Midnight Bisou in my picks as he’ll be the better price.

Oakland Stakes
I was ready to handicap this one, but my colleague, Jeremy Plonk, did a better job than I could have in outlining the race in his Race of the Week column.  Check it out!

Good luck with your bets this weekend.  Tweet your top picks to @Xpressbet!