A Mixed Bag in the Remsen 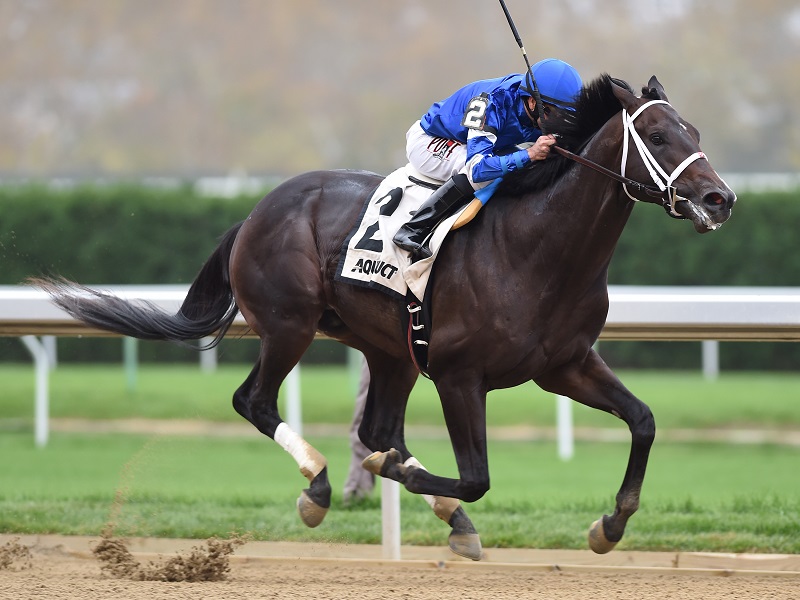 Last week in this space I previewed a deep and competitive renewal of Churchill Downs’ GII Kentucky Jockey Club, and Enticed and Tiz Mischief didn’t disappoint, as they put on quite a show to the wire and stamped themselves as soon-to-be 3-years-old with a big future. This Saturday the action shifts to Aqueduct for the GII Remsen, and equally important 2yo test, especially since it’s contested at a demanding 1 1/8 miles. With that in mind, let’s take a look at the field and how it might all shake out.

There’s not many, with #6 MILLIONAIRE RUNNER an obvious toss for a low-percentage Jaime Mejia barn, and #9 V.I.P. CODE seemingly outgunned being back on dirt, especially since he drew terribly. I can’t envision #1 BANDITO winning, but I also don’t want to be hard-headed enough to toss out a Dale Romans 2yo, especially one that drew the rail and one of only two in here with a win at the distance.

Obviously the aforementioned Bandito falls here, as do several others like #4 BIBLICAL, a track and distance winner, though it was very slow and uninspiring, especially visually; #5 CATHOLIC BOY is the wildcard, as he’s never run on dirt, but his style says he should like the distance and will pass some, though I’m not sure he’s good enough anyway; #8 VOUCH has a lot to prove, as he walked on the lead in his debut and is by sprinter Yes It’s True, but it’s not easy winning at two turns at first asking either, and he did it impressively, albeit against a weak field at Laurel.

There’s a pair of maidens who are going to bet, and rightfully so, but #2 TRIPLE DOG DARE and #7 ALKHAATAM, who ran 3rd and 2nd, respectively, in a 1-mile MSW at Belmont that completely fell apart, so while neither would surprise, I’d be hesitant about taking a short price, which you’ll certainly have to do on the latter, since he’s trained by Chad Brown. Obviously #3 AVERY ISLAND is the horse to beat, as he dominated the local GII Nashua after dueling early, though don’t forget, he’s now trying two turns for the first time and the pace appears honest, and he’ll have to do all the dirty work down inside. The post is a big problem for #10 TAP RAP STRIKE, but he’s another who won at two turns on debut, and while the margin (a half-length) wasn’t much, at the competition at Parx certainly wasn’t either, the gut says John Servis had this spot in mind all along and there’s a lot more left in the tank.

This seems like a group that is solid, but hardly overwhelming, so taking a shot against AVERY ISLAND might not be a bad idea, though he is the most likely winner. I’m going to side with value and upside and play TAP RAP STRIKE, as he’s by Tapit, so he’s cut out to be a nice horse, and lures Irad Ortiz, who seemingly has enough tactical speed at his disposal to negate the terrible draw. The aforementioned Avery Island will be tough, so he gets the nod for 2nd, while the late runs of both ALKHAATAM and TRIPLE DOG DARE should be respected, but that’s not necessarily the running style to employ over a main track that tends to carry speed a long way.