5 Jewels to Bet Back from the Claiming Crown 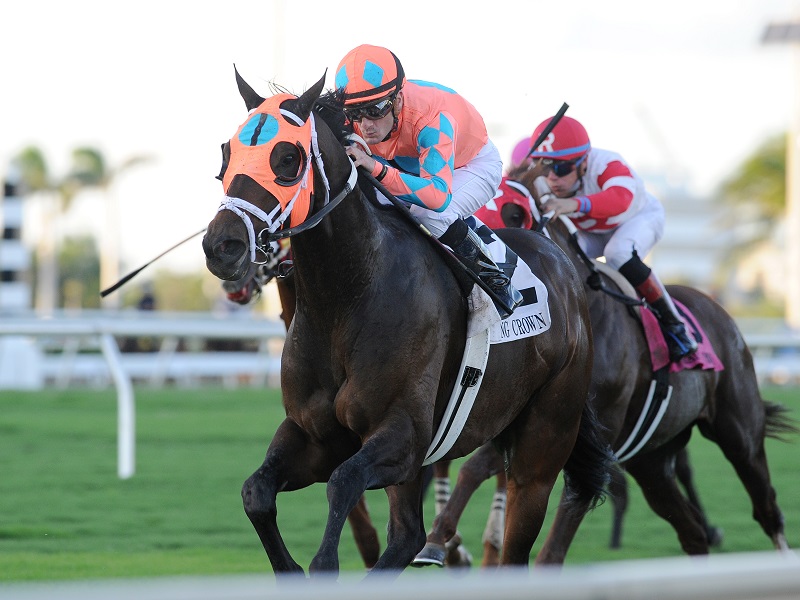 You can turn two ways after a race or set of races. One, you can be that dude no one likes and become a red-boarder. You know the type: the coulda, shoulda, woulda, why-didn’t-ya-listen-to-me kind of horseplayer. Two, and far more productive, you can evaluate what happened, learn from it and make some notes on horses to watch.

This past Saturday’s Claiming Crown at Gulfstream Park is a brilliant chance to exercise in creating horses to watch. You had a slew of runners converging at all different levels of regional class and built-in excuses galore, such as affinity for the track, etc.

Here are my five takeaway horses for next time.

Third-place finisher in the Glass Slipper had to do the “dirty work” in chasing a complete standout 6-5 favorite and eventual winner in Mended, who won for the 10th straight time and did so with ease. But big favorites like that are supposed to gut the chasers and bottom out for big closers to pick up the pieces. Moonshine Promise held very well and missed the runner-up spot by only three-quarters of a length. This veteran is a 21-time winner with a strong record at both Gulfstream and Tampa Bay Downs and could be allowance worthy at either venue from 6 furlongs to 1 mile around 1 turn.

When horses win despite being bet-against propositions, that’s an awfully good sign. This Jason Servis trainee romped by nearly 3 lengths in the Distaff Dash at 5 furlongs on turf despite breaking from a deal-breaking rail post in a full field. You didn’t get your money’s worth at 8-5 on Saturday even in victory given just how difficult that task was to complete. Here’s hoping they take a big step up in stakes class with this hot hand and see where she lands – the $125,000 Ladies Turf Sprint on Jan. 27 would be an appealing chance against tougher at hopefully more attractive odds.

Well-beaten ninth in the Iron Horse, he ran the best race of any of the Florida locals while hung wide from the draw and giving ground throughout before tiring. The top 4 finishers were the top 4 favorites, all huge class droppers off recent form from out of town. Get Jaiden’s Best back in at the right claiming level against locals – over a track in which he’s 11-for-30 lifetime – and you could see a major form reversal in a hurry.

Rapid Transit third-place finisher showed more speed than usual, was cooked on the rail in a duel and still held gamely for third while taking on elders. I know 3YOs vs. elders in December isn’t that big of a deal, but it is when you consider this horse in March was running against maiden claiming 3YOs. This was just his second try vs. elders and first start since August. He’s a solid 7F-1M allowance horse early in the meet while making a second-off-the-layoff maneuver next out for Rohan Critchton.

The Emerald winner looks like the next-horse-up in trainer Mike Maker’s fantastic run of turf claims. Picked up for $50,000 in June at Churchill Downs, I really liked his effort at Mountaineer when I was there from a tough draw. He’s continued to progress since then and this son of Big Brown appears to be a very effective turf miler to possibly 9 furlongs. The G2 Fort Lauderdale on Jan. 13 at 1-1/16 miles could suit him very well on the class rise and you’ll get a price given his lack of graded form. The same-day G3 Colonel ER Bradley at Fair Grounds would fit even better, but he likely would be a shorter price if he winds up in New Orleans, a popular haunt for the Maker outfit.