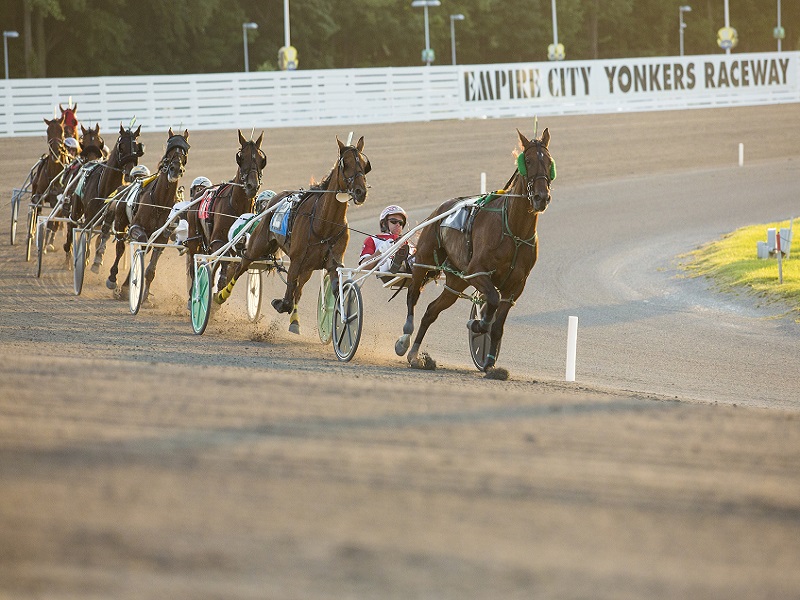 Cammie Haughton could make his mark early as Yonkers Raceway's new Director of Racing. He said on the harness racing podcast "Post Time With Mike & Mike" that the half-mile track will eliminate the passing lane when live racing resumes in 2018. The change is pending approval by the New York State Racing Commision.

The passing lane provided an inside path in the stretch for horses that otherwise might be trapped on the rail with nowhere to go. If nothing else, it should force drivers to be more aggressive -- especially those starting from outside posts -- as they scramble for position.

"We're going back to basics," said Haughton, a former driver himself and son of the late Hall of Famer Billy Haughton. "They are not going to sit in there and wait for the passing lane to go on through."

Yonkers' driving colony, arguably the best in North America, should adapt well to the change. Jason Bartlett is a seven-time driving champ at the track and ranks third nationally with more than 600 wins this year. Brian Sears was a 2016 Hall of Fame inductee and ranks 14th all-time in wins. George Brennan has nearly 9,700 victories and also sits in the Top 20 all-time.

Yonkers will conduct 238 live racing cards in 2018, starting with a Sunday matinee on January 7 (post time TBA). Night racing will be held Mondays, Tuesdays, Fridays and Saturdays at 7:10 p.m. EST, with Thursdays to be added in February. The Yonkers International Trot is scheduled for October 13.

The racing product is strong, too. Yonkers announced several purse increases in 2017 and it showed when Melady's Monet (Bartlett) won in Sunday's Open Trot, Gokudo Hanover (Matt Kakaley) won in the Saturday's Open Pace and Mackenzie A (Jordan Stratton) won in Friday's open pace for fillies and mares. All three races carried a $40,000 purse.